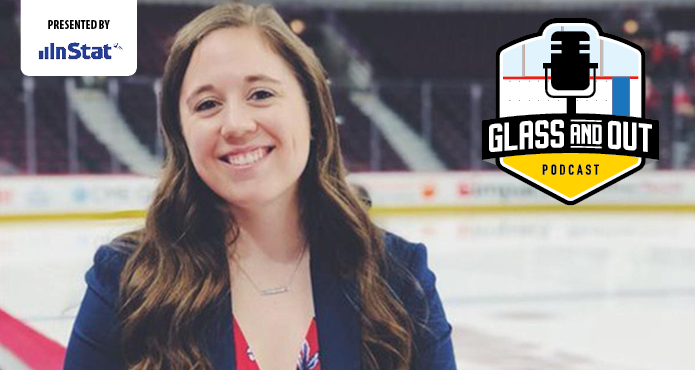 While 2020 was a year that many would like to forget, one silver lining came in the form of a number of talented and accomplished women breaking down sporting world barriers like we’ve never seen before.

The Miami Marlins hired Kim Ng as the first female general manager in Major League Baseball, San Antonio Spurs assistant coach Becky Hammon was the first female to act as a head coach in the NBA, and Kendall Coyne Schofield was hired by the Chicago Blackhawks as a player development coach. Just to name a few.

You can also add this week’s guest to that list: Emily Engel-Natzke. At just 29 years old, she was hired to be the video coach of the Hershey Bears, the Washington Capitals America League affiliate, and in the process became the first female coach hired in the AHL.

Engel-Natzke got her coaching career started in 2014 with the University of Wisconsin as video coach for the women’s basketball team. With hockey always being her end goal, she eventually took on the role as video coach for both the men and women’s hockey programs the following season. After two seasons, she would be promoted to director of hockey operations for the men’s program, along with her duties as the team’s video coach. Under the leadership of Badgers head coach Tony Granato, she gained the valuable experience that led to her historic signing with Hershey.

In this week’s podcast, hear about the challenges of being a young, female coach, why being a video coach requires a high level of commitment and attention to detail, and her advice for others, men and women, who are looking to get into a career in hockey.