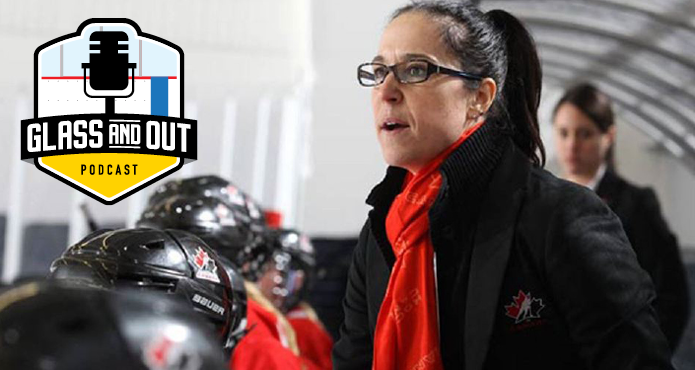 At The Coaches Site, we strive to provide a platform for coaches to learn from the very best, while also aiming to grow the game at every level.

We are pleased to announce a new bi-weekly webinar series, featuring this week’s Glass and Out guest and one of the most influential women in hockey, Laura Schuler.

The longtime NCAA coach and former head coach of the Canadian National Women’s Team will be breaking down specific tactics, systems or skills through video analysis. Members of The Coaches Site will receive exclusive access and be able to ask questions following her presentation.

Schuler also presented at last month’s Virtual Hockey Summit and there’s no doubt that she will be an invaluable resource for our global community of coaches. Stay tuned for more details coming soon.

As a player, Schuler was a member of the inaugural Women’s Ice Hockey Tournament at the 1998 Winter Olympics in Nagano, Japan. She earned three gold medals at the World Championships and one silver at the Olympics while representing Canada.

Her international coaching resume includes a silver medal at the 2018 Olympics, where she became the first former player to lead Canada’s National Team at the Winter Games. In total, she has coached Canada six times, also collecting gold at the 2014 U18’s.

Currently, Schuler is a volunteer advisor to the Quinnipiac University Bobcats women’s coaching staff. This comes after 16 seasons as an NCAA coach, which includes time with Dartmouth College (2014-2018), University of Minnesota-Duluth (2008-2015), and Northeastern University (2004-2008).

She remains one of the most decorated women in our game and continues play a leadership role in supporting other women who aspire to have careers in hockey.

This week, we’ll discuss her experiences at the Olympics as a player and coach, her coaching mentors, and what she sees for the future of women’s hockey.