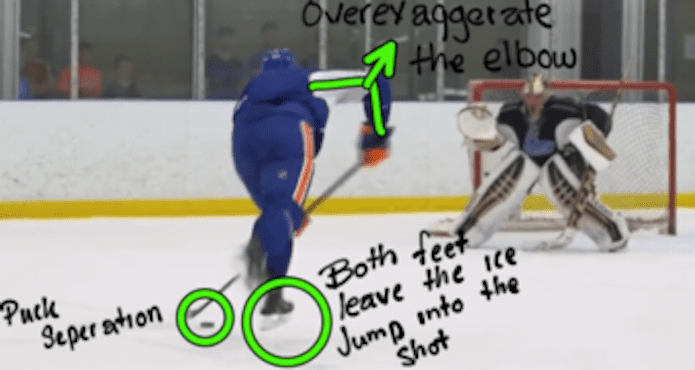 Shooting in motion is vital in the game of hockey.

Can you truly shoot in stride? The short answer is no. There is always a hesitation in a stride before a player shoots.

Players can, however, shoot in motion with crossover shot — something I like to call the ‘jump shot.’ This is one of the most deceptive and quickest shots in the game of hockey. I have implemented this shot with everyone I’ve worked with, and I believe it should be in every player’s repertoire.

In other words, hide your shot and score more goals.

Here is one of the best players in the game, John Tavares, demonstrating the crossover shot:

This shot is very effective, and as we can see, it’s a quick-release shot. Many aspects go into a shot like this.

Unlike traditional wrist shots, the crossover shot is focused on the timing of the jump, the release, and most importantly the muscles involved to make this shot so effective. 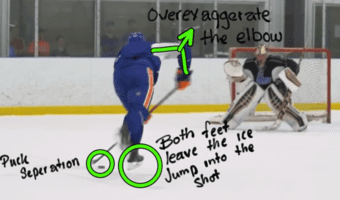 Players should focus on the timing to perform it correctly.

Tavares’ feet leave the ice as he jumps into the shot. This is done in correlation with the exaggeration of the elbow to create the spacing from the body in order to get leverage on the shot. 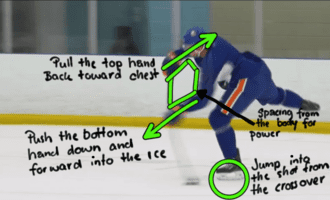 The leverage comes from the flex on the stick which derives from the pull of the top hand towards the chest, and simultaneously the downward push into the ice with the bottom hand on the shaft. This explains the separation of the puck and the blade.

It is important to focus on shooting the ice, not the puck, to generate the most power. All of this is done in correlation with the engagement of the core muscles. The core will help achieve the most power in your shot as well as the balance needed to perform the jump and land into the shot.

Teaching this shot to the players I work with has been very rewarding, as each player notices the difference in their shot and shot-release immediately.

The video below is a player that I worked with for over a month, practising this shot on the ice almost every day. He has nearly perfected the crossover shot now, but it took many fails to succeed.

Trying something new pushes players out of their comfort zone, but it is only after we leave our comfort zone that we truly grow as hockey players! 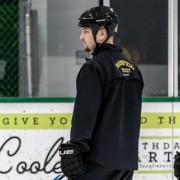 Dustin Donathan has his MS degree in Kinesiology. Dustin is currently a head varsity coach as well as a skills development coach for NCAA and pro hockey athletes. Instagram: @hockey_coach_life