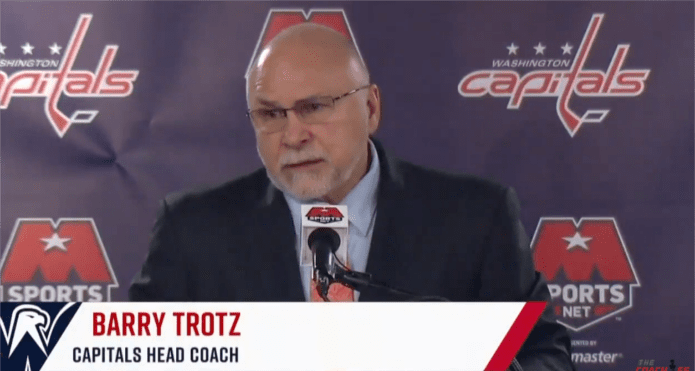 “He has tremendous talent but he just doesn’t know how to play away from the puck”. This is becoming more and more prevalent as we hear coaches talk about a player’s “Hockey IQ” or lack there of. With such parity at every level of hockey, it has become increasingly important for players to have a good “200′ game”. No longer can players just be one dimensional or lazy away from the puck. The higher the level, the higher the expectations and less tolerance for a player that can’t think the game.

The game has evolved in such rapid fashion. Young players now have strength coaches, so they are bigger and stronger. They have skating and skills coaches, so their skills are better then ever. But what has been lost in all of this development is their ability to think the game. The decision making process requires repetition as well. It needs to be taught! You do not need to take away their creativity with puck, but more so teach them how to manage it by reading what opposition has given them. Tactically, coaching has improved as much if not more than the players have developed. With larger staffs and more active use of video technology and analytics, coaches are more prepared.
It is so important that we provide and prepare the younger player coming up with all the opportunity to improve their Hockey IQ!

As we move forward here on The Coaches Site, I will be providing NHL video and teachings on the Four Components of Hockey on a bi-monthly basis. I will try to provide you with a simple yet detailed explanation of the tactic and why and where it would be used based on various things such as;

a) trends and statistics
b) what opposition is giving you
c) what your support is
e) game situation- eg. score in the game, time left in the period/game

The four components of hockey are as follows;

It is very simple. If the player is not contributing in one of these four areas, they are not helping the team be successful. To put it into further perspective, three of the four components DO NOT require you to have the puck. So a player with average puck skills can still find a way to impact the game and contribute to the team’s success. That being said, offense at the puck is more than just shooting or passing. Making smart plays with the puck, “puck management” is also a huge part of this component.
Bottom line is we need to collectively as a group continue working with our players in the development of their IQ.

Access more videos and coaching content from Jon Bechanic and other industry leaders by signing up for the premium section of our site. Start your FREE Trial now!