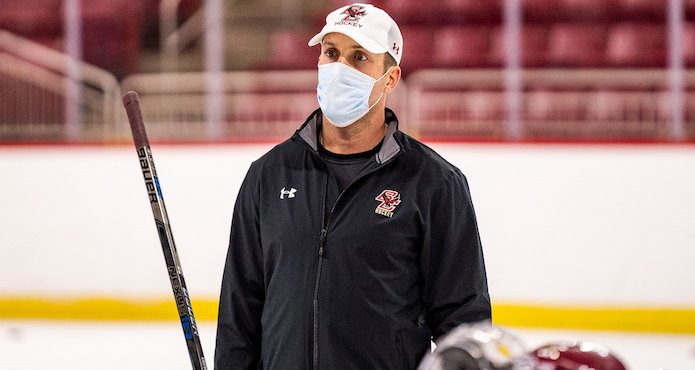 View all posts
It's been awkward and frustrating despite best attempts.
0
(0)

The attempt at Return to Play (RTP) in local arenas before this most recent lockdown has been anything but easy.

Awkward and frustrating just about sum up most people’s experiences. This, despite the best attempts of national, provincial/state and regional sport governance’s valiant attempts at managing RTP. The intention of sport governance groups was most certainly normalcy. But, since the series of phased RTP guidelines were published and disseminated to participants, these safe operating procedures appear to have fallen short and/or in some locations completely missed the net.

The attempt has largely failed due to the unclear and unnavigable paths to play identified. Instead of standards, sports environments differ from the various published guides. Participants, supporters and operators alike face a litany of challenges and irregularities when trying to get to the rink.

For example, COVID rules and facility restrictions originating from occupational health and safety needs and public health directives tend not to match what is described in RTP documentation. This being a symptom of the disconnection between sports governance and facility managers/operators. The effect, direct impediments to play, drop-out and in many instances barriers for athletes who already face participation constraints.

The intention of protection, support and the reintroduction of the sport to meet health and well-being seemed to be all but “iced” once RTP got underway. Instead, a varied and frenzied picture emerged from rink to rink and region to region after the first lockdown. In addition, basic concepts required for quality training and sport experiences seemed to have been completely forgotten as most everyone rushed to the rink to just get some ice. Some even travelled ignoring public health restrictions when closure and outbreaks in their regions limited their access to community facility forgetting that viral spread necessitates control.

Old patterns of training and competition just don’t work during a pandemic. Virtual training, which became known as “iso-training,” has however emerged and perhaps is one positive in the sea of disappointment and cancellations we have faced in RTP.

Teams, leagues and individuals have also had to endure extra impediments with their on and off-ice often training. Sports governance has suggested a required approval or endorsement by the regional sport governing bodies to provide training. This, of course, was unanticipated by participants and by most development skill specialists. It was regarded as a “hit from behind” that didn’t align well with the “support and the reintroduction of the game” philosophy.

Volunteer coaches and their staff also faced difficulty when questions of who makes decisions emerged. Does the league, hockey association, district sports group, sport federation or facility decide who plays, and when… and who leads sessions?! And with the elevated sanctioning and compliance requirements, who validate things like insurance and compliance documentation? These questions have created additional unanticipated bottlenecks and a further unevenness to the playing field in our rinks and facility.

Complications and differences between public and private facilities pile on the above-noted problems. Compliance and the safety of anyone entering facilities look very different from one facility to another.

Basics like entrance/exits and required protocols/screening, arrival times, dressing room use, equipment storage, not to mention the use of amenities like showers etc., differ. Also, team standards like dressing/meeting room use for things like pre-ice meetings, instruction and the overall essential mechanics of coaching have been replaced with pre-entry screening questionnaires and coming to the rink partially dressed, masked and sanitized.

Now in our second prohibition from the game, I hope that a more collaborative and coordinated effort is made by sport governance, facility operators and communities. The need to accommodate participants in an athlete-centred model is clear. Let us get out of the free-fall spin and structure the next RTP so that effectiveness can be front and centre for our athlete’s safety, health and wellness and for the betterment of the game.