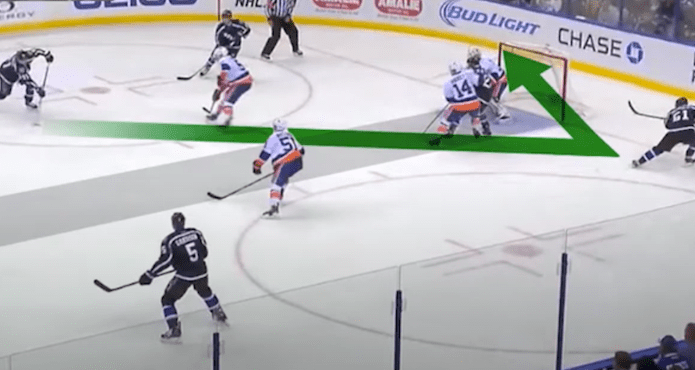 You have probably heard about the “Royal Road” from Stephen Valiquette back in 2015.

Useful for goaltending analytics, understanding the impact of the Royal Road is useful for players/teams as well.

A former NHL goalie and the CEO of Clear Sight Analytics, Valiquette has identified what he believes is the most important line on the ice, the line he believes supports the existence of shot quality. The Royal Road is a line that goes directly through the middle of the ice from one net to the other, separating the ice into two equal parts. Valiquette has observed that a puck crossing this imaginary line immediately preceding a shot increases a shooter’s scoring opportunity by over 10 times. 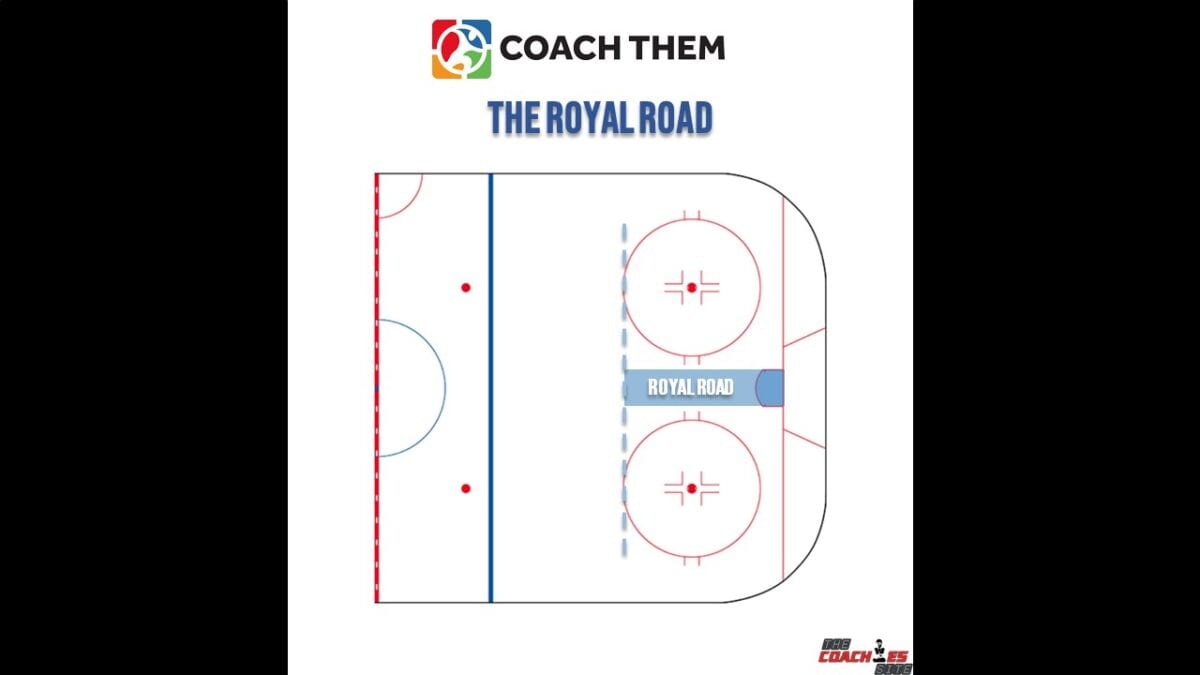 As a coach, I like posting post-game stats in the locker room. One thing I’ve started doing is breaking down all of our shots by using the Royal Road. After the game, each player is able to see how many green, yellow, and red shots they had throughout the game.

Here’s a look at Royal Road plays, with video.

Have you ever heard your coaches yelling “net presence,” “screen the goalie,” or even like Andre Tourigny says, “goalie presence”? This is when a shot is becoming a green shot because of a screen.

2. One timer on the same side

Theses green shots are generally from down low (goal line) to F3, to F2 close to the net, or even if the defenceman goes in the top of the circle for a one-timer when he is joining the rush.

It may be the most important line on the ice . . .