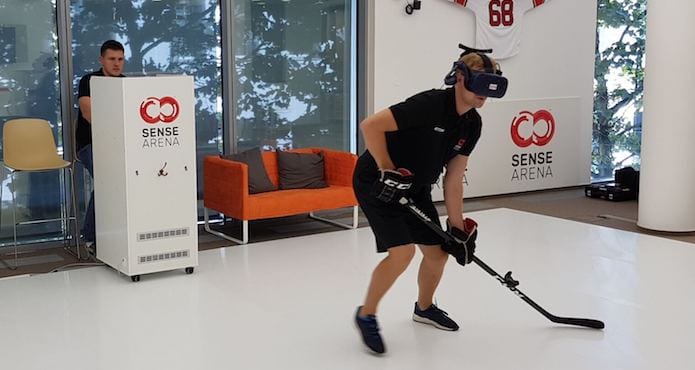 It seemed so obvious to me.

I should develop a VR simulator for hockey, basketball, soccer and other sports. Using VR simulator technology would simply be just a natural extension of technology into sports training, something the military, pilot training, medicine/surgery, business/industry, and education has been doing for a number of years. As I learned more about the science of decision making in sport my confidence grew knowing this was the right thing to do at this time.

The science supported my theory and the research took away any hesitation that I may have had. So my company, Sense Arena, built the world’s first VR simulator for hockey brain training and we are not looking back.

Research on brain development for athletes is excellent. Here are some examples:

All these books and articles provide insight into successful formulas for training the brain and these documents, from highly reputable intellectuals, debunk the theory that decision making can not be trained or coached. Athletes’ decision making, often referred to as “intelligence” or “sense,” can in fact be coached and developed. It is not an ability you are born with.

But brilliant “physical” skills without hockey IQ or hockey sense is like having a large toolbox without the knowledge of how to use the tools or having excellent hardware without software.

In summary, all the research conducted to date indicates that hockey sense or hockey IQ can be coached and developed.

If we know the ice positions, patterns, and systems that maximize the opportunity of success in critical moments (defensive breakouts and scoring chances), we can then design game-like simulations, that will enable the brain to be more efficient in read and react decision making.

Brain training can now be done efficiently by enabling the athlete to do hundreds of reps in a short period of time with the use of artificial intelligence and real-time data analytics. During training the athlete receives instant feedback on how to improve decision making at critical moments in a game. This method of training takes the concept of hitting the tennis ball against the barn door 1000 times into the 21st century.

Sense Arena’s VR simulator has 80+ simulated “critical game moments” or cognitive drills that build split-second decision making. The training simulator is helping to answer the elusive question of how can you teach hockey sense. Charles University in Prague and the University of Wisconsin – Stevens Point is conducting long-term research to demonstrate that we can coach and develop split-second decision making through VR technology.

The challenge is now to bring state of the art science to the coaching community and skills coaching in particular. Sense Arena believes technology designed to train the brain off the ice will enhance skill acquisition, particularly quick and accurate decision making in aspiring hockey players. 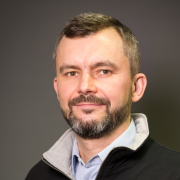