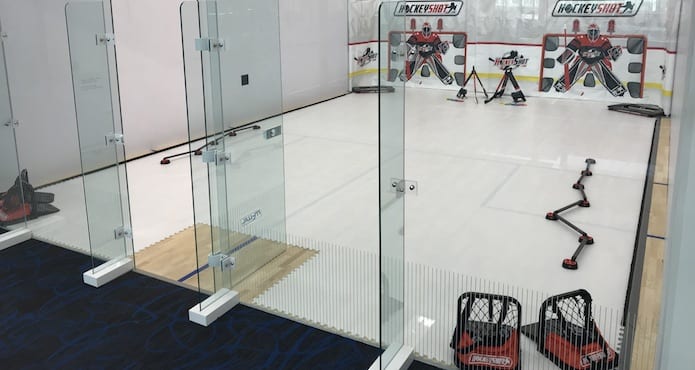 View all posts
There's a lot going on inside the NHL bubble.
0
(0)

There’s a lot going on inside the NHL bubbles in Toronto and Edmonton, as the league continues on with the 2020 Stanley Cup playoffs.

Ping pong, video games, and spike ball are just some examples of activities available for players during their free time.

The remaining four teams competing in the Eastern Conference are all now set up at Hotel X, a luxury hotel on the Lake Ontario Waterfront in Downtown Toronto.

Hotel X has partnered with HockeyShot, the largest online specialty retailer of hockey training equipment worldwide, to upgrade some of their amenities to help players train off the ice. The hotel is now outfitted with premium hockey training aids, allowing the Boston Bruins, Tampa Bay Lightning, Philadelphia Flyers, and New York Islanders to fine-tune their skills and have fun shooting pucks between ice times.

‘’It’s a huge honour to be part of this project and it’s our way to say thanks to all the players who are away from their families to give us the game we all love,’’ says HockeyShot President JP Brun.