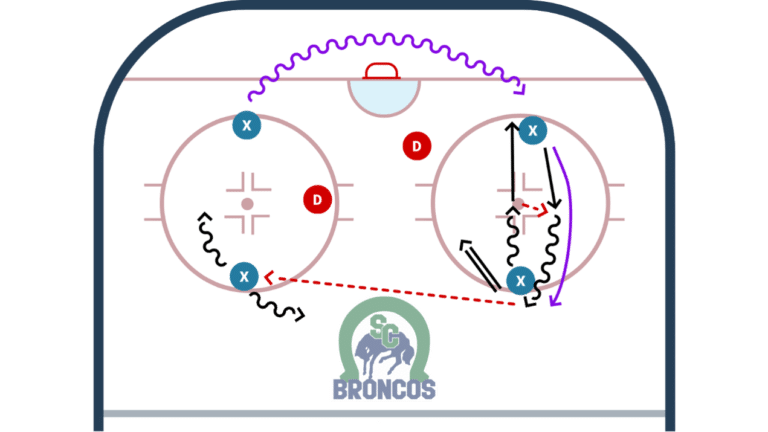 These seven small area game examples are ready to be worked into your practice today.
4.9
(24)

In 2020, with the WHL shut down, I ended up putting my skills coach hat back on and went to work. During the COVID stoppage, smaller group training sessions in our province were allowed. During my training sessions, we always finished with small area games. I had to find games that adhered to our provincial COVID-19 guidelines and prevented close contact. I found a Swiss 4-vs-2 game on Ice Hockey Systems that I modified to ensure the players stayed clear of each other. The game was great for promoting good puck movement to create scoring opportunities. Also, your defenders need to make reads and have good stick placement. This got me thinking: what kind of small area games can I modify or create to develop the power play in the offensive zone?

When you watch successful power plays in the offensive zone you see certain characteristics:

On the other side of the coin, teams that struggle in the offensive zone suffer from one or all of these issues:

I started throwing the small area games together and I wanted to create games that promoted: 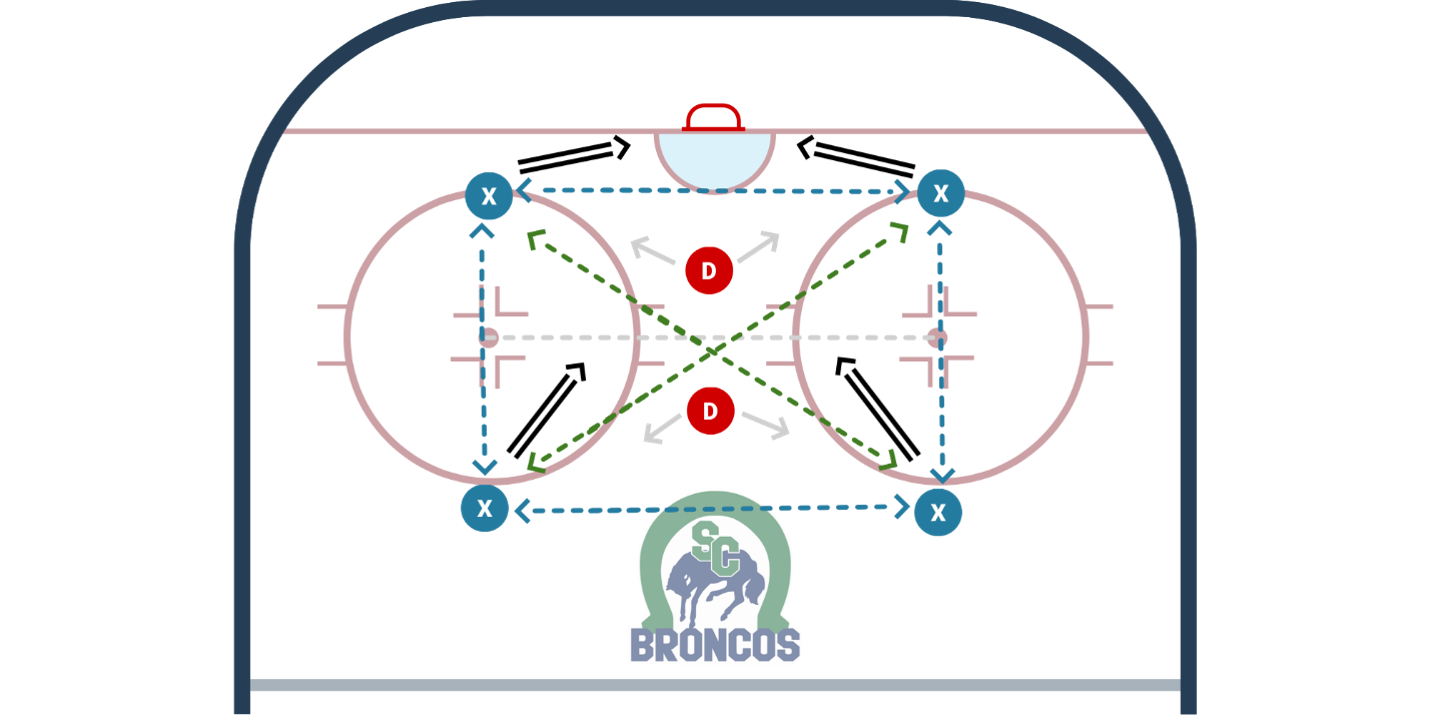 These seven small area game examples are ready to be worked into your practice today . . .

Scott Dutertre is a professional hockey coach based in Saskatoon, SK. He has been a Skating and Skills Coach for 24 years in addition to coaching junior and college hockey. He is a National Skating and Skills Coach for Ice Hockey Australia and has trained countless professional hockey players. Scott is currently Assistant Coach of the Tulsa Oilers in the ECHL, and was recently the Associate Coach for the Swift Current Broncos of the WHL. He can be found at www.scottdutertre.com.