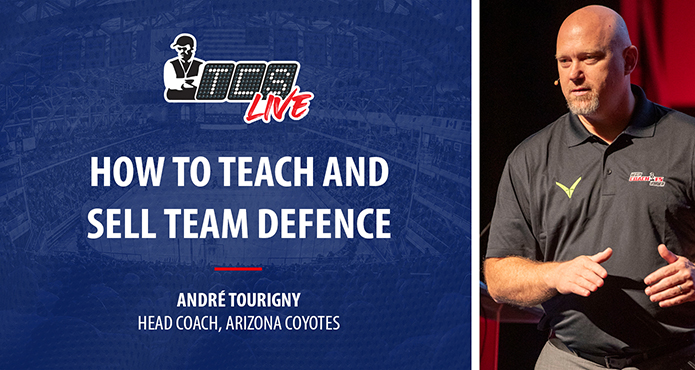 Tourigny has over 20 years of experience coaching junior and professional hockey. He will serve as the Canadian Head Coach at the upcoming U18 Hlinka Gretzky Cup and as an Assistant at the 2019-2020 WJCs. His first junior coaching stop would be with Shawinigan of the QMJHL, before joining the the Rouyn-Noranda Huskies as GM/Head Coach. In 11 seasons, he would set the QMJHL record for most games coached with one franchise and also take home the Ron Lapointe Coach of the Year Award in 2005. Tourigny would then make the jump to the NHL, spending several years as an Assistant with the Colorado Avalanche and Ottawa Senators. He would work his way back to junior hockey and the 67s, where he has been Head Coach and VP. of Hockey Operations for two seasons. Tourigny’s international resume also includes back to back Silver’s with Canada at the 2010 and 2011 World Junior Hockey Championships as an Assistant Coach.

View all posts
"If you want to win, you have to be good defensively, you need to be structured and you need to know what you’re doing."

"If you want to win, you have to be good defensively, you need to be structured and you need to know what you’re doing . . .