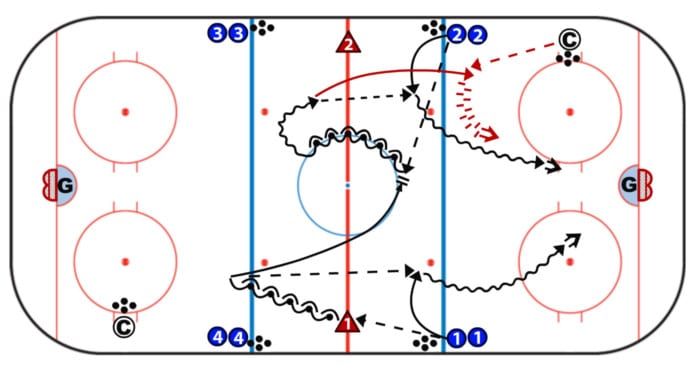 Forwards line up on all four blue lines. Defensemen start on red line. Extra defensemen are inside the center circle.