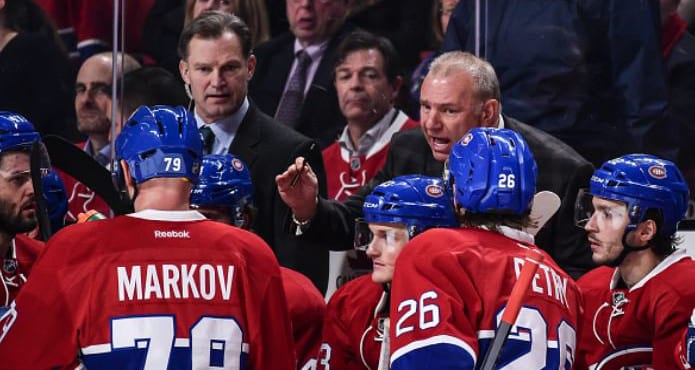 Words are energy. In many of our locker rooms and video rooms across the hockey world, words are often used to inspire, motivate, instill buy-in and correct hockey players. However, often coaches are not fully aware of the energetic consequences that come from using certain words. In their quest for honesty and accountability, they may feel justified in harshly calling out a player in front of his teammates, either in the video room or during a game. This, they rationalize as just being a passionate coach.

Energy attracts like energy! At the core of our words are our intentions. People will forget what was said to them, but they will not forget how it made them feel. Intentions behind what is said, provides meaning and context to what is said. When coaches choose to coach from an intention of wanting to control rather than influencing their players, and feel the need to belittle players  to impose compliance, their choice of  words will be infused with judgement and blame. This will inevitably create a catabolic and toxic team environment that will cause player to making mistakes on the ice. When a player feels fearful and insecure, their performance is focused on playing it safe and not making mistakes. Why? Because from an energetic perspective, what we focus on, we give energy to and that will expand and will become reality.

Recently, I worked with a team that was laden with multiple rookies, and the coaching staff were having some pretty intense video sessions. In those sessions, their previous game performances were scrutinized in detail. It was pointed out what they did good and what they did bad. However, it seemed that the focus was more on the bad, because the thought was that it was there that they players would learn and adapt their game. Although, the coach knew agreed they were being a bit hard on their players, his coaching staff believed they were just being honest and holding their players accountable for their game performances.

While working one to one with a couple of players, who were underperforming , I noticed a common theme. They were focused so much on not making mistakes, that they ended playing it safe as to not make mistakes. This happened because the energy of the words used was causing the players to go into horizontal thinking (past & future) and experience stress reactions. This affected their ability to just be present and play the game. Energy attracts like energy. When we want to instill change in behavior, the focus needs to be on what we want to have happen, not what we don’t want to happen.

I approached the coach and we discussed the team’s video review sessions and the affect it was having on some of his players. I explained thought although he and his coaching staff had great intentions, players were finding them to be very stressful. The language used was about bad and good plays along with accountability. I pointed out that bad and good had to do with judgements. Unfortunately, the hockey   industry is so focused on outcome performances that we had forgotten about the importance of the process. I agreed that players need to be held accountable for their performances, but that instead of using the words of bad and good , that he substitute it with terms “more effective or less effective” during his video review and locker room corrections.

What happened next was astonishing, player’s performances improved, and they no longer dreaded but actually looked forward to the video sessions. Also, personal connections with the players improved. His staff’s previous intention of honesty and accountability was maintained, but the energy of the words used, shifted for the positive. Players no longer focused on not making mistakes but rather on being present and effective, one shift at a time.

Words are energy. Blame is about judgement. Awareness is responsibility. Choosing words that create awareness not judgement is the shift that is needed to be effective as a coach. When we can learn that mastering the process is more meaningful than “the end justifies the means, style of coaching, players and coaches alike, will experience a more meaningful and satisfying version of the game, remembering why they fell in love with hockey in the first place.