Want to Improve Your Skating? Start With Edges 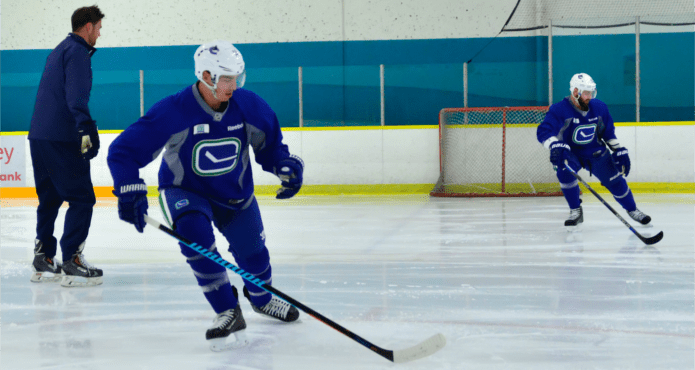 Simply put, edges are the most important aspect of hockey skating. Without good edge control, a player will continuously struggle to become an efficient and confident skater. Edges are used in all aspects of hockey skating including striding, crossovers, stops and starts, and glide turns. Becoming a superior skater all starts with exceptional edge control.

Sculling is a technique that is commonly used when learning inside edges.  Players start in the ready position (hips down, knees bent, and two hands on the stick) with their skates in a letter “V”. Players will then push their skates out simultaneously towards the outside (using their inside edges) and back to the middle (thereby creating a circle).  Players repeat this motion as they make their way down the ice. One common mistake in sculling is that players want to create power by “bopping” up and down. Players should keep the same knee bend and height during the entire drill.

Skiing involves players starting with their skates together (almost touching) in the stationary position. Using their knee bend and ankle flexion, players roll their ankles side to side to create forward momentum. Players should be using both the inside and outside edges simultaneously. The skater using the technique should emulate a slalom skier. Equal pressure should be on each skate when cutting into the ice.

ALL minor hockey practices should have a component focused strictly on edge control. 10 minutes of sculling and skiing drills at the beginning of each practice are a great way to get started. Remember: edges are the foundation to becoming an efficient and powerful skater. 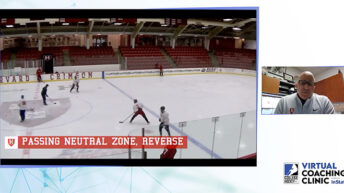 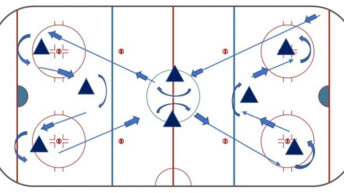