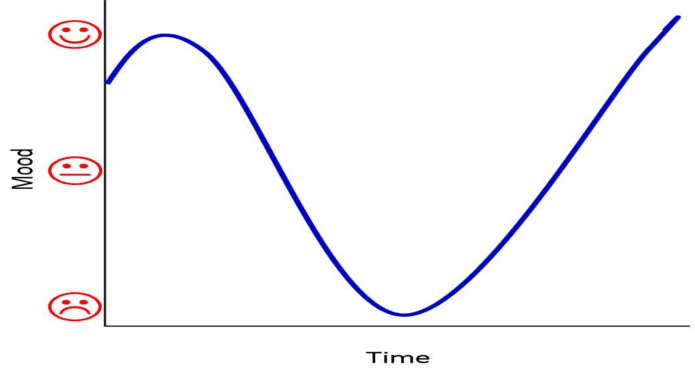 How To Battle the Toughest Stretch of Your Season

By now your team is well into the meat n’ potatoes of your season. Certain players are thriving, others are struggling, and new surprises are popping up every day. You’ve probably even noticed yourself using a new trick or three as you enter the toughest stretch of the year.

But no matter how well your team is playing, a crash is imminent. It happens to every team, everywhere, no matter what.

The dip is upon us.

What is the Dip?

Before we answer the question posed by this post’s headline, let’s talk about the mid-November dip that’s about to rain in our parade like a snowy Coquihalla road trip.

“Everybody is just tired,” says powerskating instructor Karen Kos. “It’s not just physical, it’s mental as well. Sleep is your recovery time, for brain and body, and the kids probably aren’t getting enough of it. But ultimately it will separate the good from the great, it’s a platform.”

“It’s mental frustration,” says Clint Thornton, head coach of the Vancouver North West Giants of the BC Major Midget League “Everything seems to set everyone off, there’s finger pointing. But the great should point fingers at themselves and ask how they can improve the situation.”

“This is where trades start to happen,” says Karen. “GM’s start to separate the good from the great.

You’ve seen it. Kids are late. They forget their jerseys. Simple things like positioning and not icing the puck become impossible tasks. It drives coaches nuts, but here’s the reality: it’s going to happen whether you like it or not.

So what are you going to do about it? Curl up in the fetal position at centre ice and wait for the chaos? Or get proactive and outline potential problems before they happen. The holiday hockey season is stressful, so the more prepared you are the happier you and your team will be for it in the end.

A lot of the frustration with your payers starts at home. This is the time of year when parents start vocalizing their issues with ice time and roles within the team, so it’s inevitably going to show up at the rink.

Like it or not, communicating with the parents, even if it’s via the player, will help lessen the impact of the dip. Maybe fire off a couple emails to individual parents and give them an update on their child. In a lot of cases, most parents just want some feedback. There’s no such thing as too much communication, so if people still have problems, then at least you’ll know you’ve done all you can.

And you’ll probably pick up an extra couple of starbucks cards at christmas time while you’re at it.