ASK A COACH – How do you Build a Skill Foundation in Young Players? 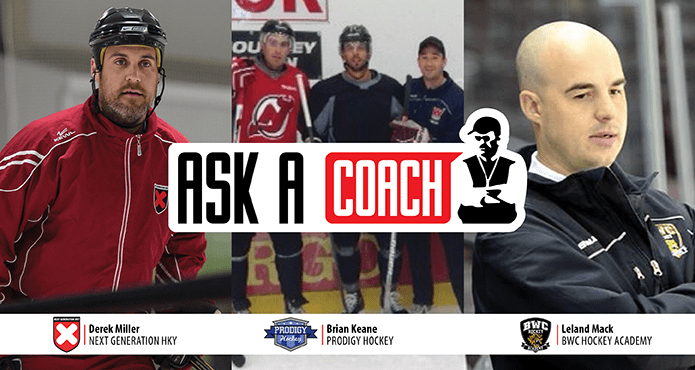 When you build a house, you start with the foundation. When the house is completed, you don’t see the foundation, even though it’s what holds the entire structure in place.

Every structure, organization and in this case, hockey player requires a strong foundation. However, too often as builders, leaders and coaches, we focus too much on the exterior and not enough on the infrastructure.

We observe too many minor practices that are focused on systems and tactical strategies pulled from NHL games. The result is generally lots of standing around by players during expensive ice time while they try and grasp a concept, which they don’t have the tools to execute.

This isn’t only during bantam and midget practices. Kids as young as 6 and 7 years old are being tasked with learning complicated breakout schemes and neutral zone forechecks, among other tactics. Is there value in providing young players a little bit of structure? For sure there is. But for kids to have a realistic chance of pulling off these systems, they need to have a foundation of skills in their hockey tool belt.

And like it or not, skill development takes time and PATIENCE. Kids require countless repetition and reinforcement for skills to become habits. Heck, go watch any professional player train in the off-season and chances are they’re back working on the same fundamentals that were drilled into them when they were starting out. The fact that they recognize the importance of these foundational skills probably has a lot to do with why they earn a handsome living playing the game.

One issue coaches have with teaching these foundational skills is that they don’t know how to properly train them. Drills are great but if you don’t recognize the details and specific mechanics that go into performing a cross-over or accepting a pass on your backhand then it can be intimidating to try and influence a child who’s just discovering the sport.

Below is an excerpt from Glen Hanlon’s presentation on Broadening the Talent Pool from our 2012 Hockey Coaches Conference, where he stresses that coaches need to keep things simple when working with young players and allow their imaginations to blossom. Glen, of course, is a former NHL goaltender who has gone on to be the head coach of the Washington Capitals, the Swiss National Team and is currently the GM of the WHL’s Vancouver Giants

Going through all the skills young players must acquire before they have a solid foundation is too much for one post. But we thought it would be valuable to approach some experts on the subject, who spend the bulk of their time on the ice building a playing foundation made up of core skills.

Of note, while the following skills coaches we spoke to work extensively with kids who are just beginning their careers, they also work with junior, college and professional players as well. Needless to say, they all stressed that regardless of the age and experience of their students, it all comes back to the fundamentals.

**NOTE: For the sake of this article we asked the coaches to offer advice related to coaching players aged 6-9. However, many if not all these tips apply to players of all ages.

Derek Miller – Owner and Director of Next Generation HKY

If you have some additional tips for how to create a foundation of skills in young players, we’d love to hear from you!

Shoot us an email – [email protected]

Hope this was useful.

ASK A COACH – How do you Prepare your Team For Practice?

ASK A COACH – 5 Important Habits For Your Team In Practice?