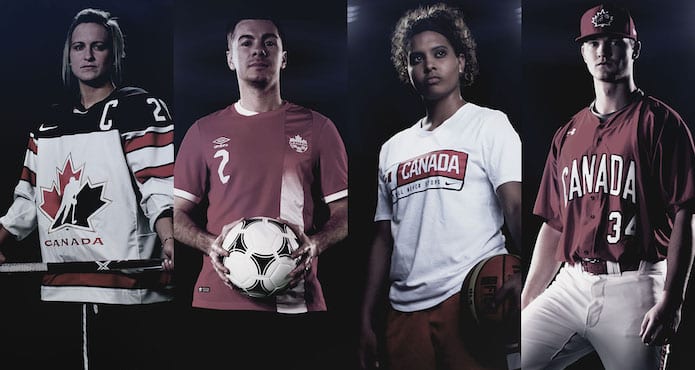 Today’s post is a special contribution from the team at Going Bar Down.

If you’re one of those crazy parents that has your son/daughter playing hockey or any other sport 53 months of the year you’re not going to like this blog post. But please keep reading as maybe this will inform you of the potential harm you may be putting your child in with regards to suffering an overuse (under-recovery as I like to call it) injury.

Early specialization in sport has become a hot topic lately as the number in injuries we are seeing in youth sports is drastically on the rise. Estimates have it as high as 50% of youth injuries could be prevented if parents practiced some common sense.

By repeatedly using the same muscle groups and movement patterns, often on an almost year-round basis, young athletes are increasing their chances of developing a whole host of injuries. Lower abdominal tears in hockey, Tommy John surgeries in baseball, and ACL tears in young female athletes are significantly on the rise.

How do we fix this problem?

Your 13 year old son will not play in the NHL next year. Really, he won’t. Your 14 year old daughter isn’t going to leave next weekend to play Div. 1 volleyball in the states. Yes, I’m serious, so just chill. Kids need to be kids. They need to play multiple sports at a young age to improve their overall athleticism and reduce injury risk. By doing this we are avoiding unnecessary strains on their joints and connective tissues. I told you it’s a simple fix.

Early specialization in one sport at a young age might be one of the worst things a kid can to do his or her own body.

I should clarify that statement. It should say: early specialization in one sport at a young age might be one of the worst things a PARENT can do to their son/daughter’s body.

I’m not strictly blaming the parents for this. There are a number other factors involved where parents feel they have to enrol their son or daughter in spring hockey to get to the next level, for example. Did you know we now have a spring hockey league for 7 year olds? That’s sad. And quite frankly infuriating when you see the injury rates. If you think this is beneficial, take a look at the Swedish hockey program. They’ve grown leaps and bounds in the last 10 years with developing their young hockey players (all the while not having any spring or summer hockey programs). Want proof? In the past 3 years at the IIHF World Junior Championships Sweden has 1 gold and 2 silver medals. Canada? 1 bronze.

Check out this article about the difference between the two countries.

What do we do at JB Performance Saskatoon for cross-training for our athletes?

In my opinion gymnasts are the best athletes on the planet. NFL skilled positions are a close second, and yes they play other sports too. How many NFL players do you see that are great at track, baseball, or basketball? Most of them. If you look at athleticism in its purest form (strength, body control, proprioception, etc.) look no further than an elite level gymnast. This is a big reason why we send our athletes to Can-Am gymnastics once a week. To get out of the weight room and develop some body control and awareness. To give their bodies a new stimulus they must adapt to. To develop strength and stability in joints they never use within their sport.

Want to build a bulletproof athlete? Get them good at a variety of different sports. Don’t worry, this won’t take away their skills on the ice. Ever seen the video of Sidney Crosby hitting a home-run at the Pirates stadium? Did you know he does a lot of gymnastics in his off-season? And yes he’s the best hockey player in the world. Plain and simple.

We need to get rid of this ridiculous mentality that more is always better. We need to take a step back and seriously look at what youth sports looks like these days. Parents reading this, did you parents drive you into the ground and force you to play one sport from the age of 7 on? Probably not. Again if you want to set your son/daughter up for injuries, have them do the same thing all year round. If you want an idea on how hard that is on your body, try this: run barefoot on pavement for 5km every day. Should only take you about 20-30 minutes. A lot of impact on the body. If you make it through the year without an injury enrol your kid in one sport for the rest of their life. If not, think about that analogy and realize the impact doing the SAME thing 365 days a year does to a person’s body.

That’s all I ask.

Be smart, don’t be crazy.