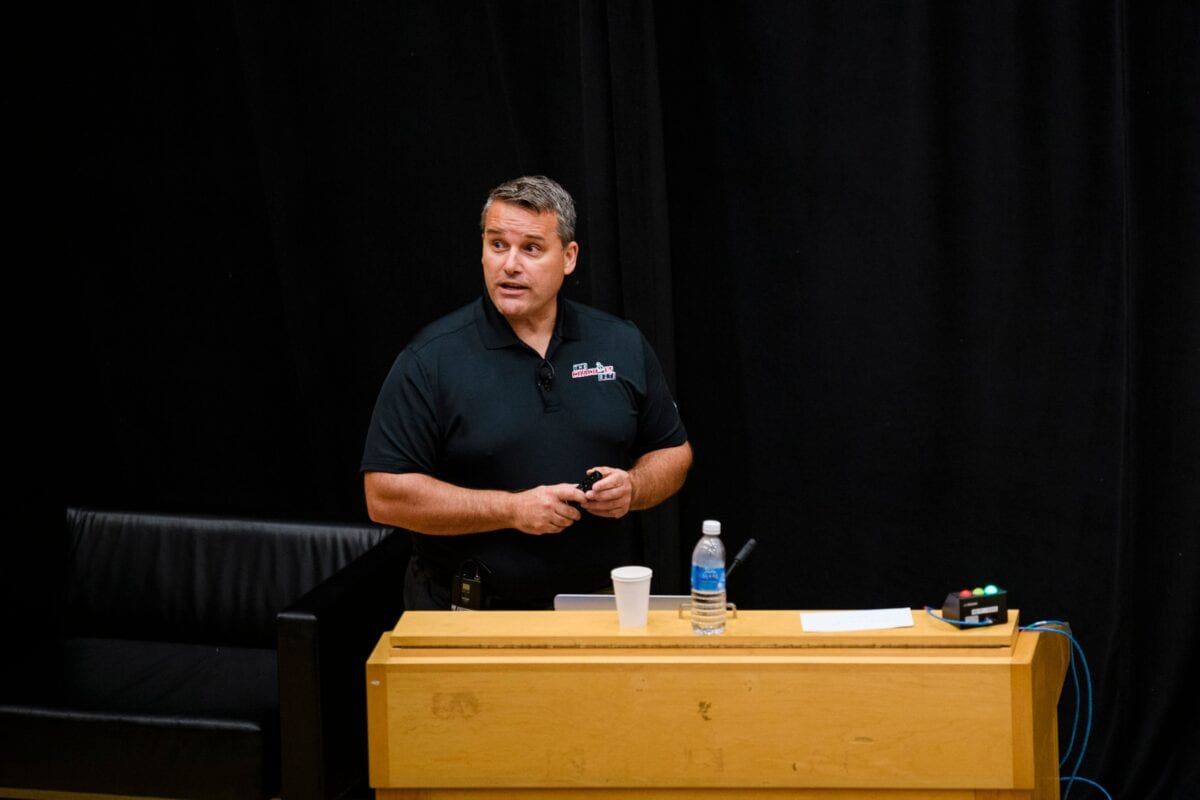 It’s one of the most exciting moments in hockey.

Desperate to tie the game, the goalie races out of the opponent’s net for the extra attacker. Once the other team collects the puck, races up the ice toward your zone, crosses the blue line, and applies pressure, all bets are off, as the saying goes.

Unless you’re John Becanic, who has been behind a bench since the early 1980’s, with time spent in the IJHL, the NOJHL, the AWHL, and the WHL with the Everett Silvertips and Seattle Thunderbirds. For someone who’s spent as much time as a coach and on the business side of the game as an advisor, John has developed countless powerful opinions. One of the great advantages is catching John at a coaching conference when he’s not on the stage presenting – dinner or lunch, perhaps – asking a question before sitting back to sponge it all up.

And for John, there’s no such thing as leaving something up to chance. Not even the careful attention to detail required when your team is protecting a lead and the net at the other end is empty.

“There are four pressure points you can remind your team of during the timeout before you go down 5-on-6: points of pressure, backs turned, rims, and a lost faceoff,” said Becanic at the 2019 TeamSnap Coaches’ Conference in Toronto.

That last timeout can mean the difference between triumph and tragedy, so use it wisely. Help your players learn when to pressure, when to contain, how to defend entries, and how to break out after a won faceoff.

John’s presentation truly has to be seen to be completely appreciated. If you’ve got a couple big games coming up this weekend and you suspect the 6-on-5 might come into effect, you won’t want to miss this one.