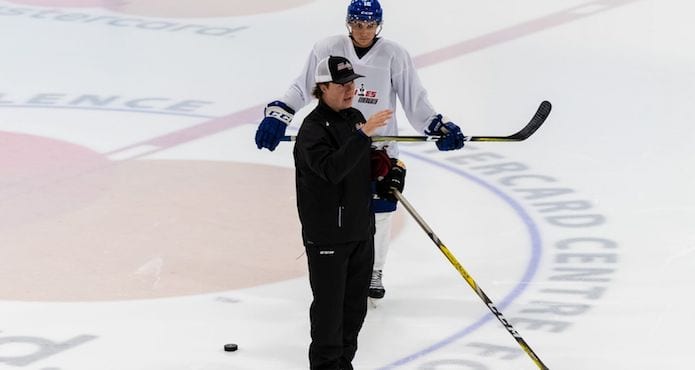 In Coach Goyen’s on-ice presentation this past summer at the Mastercard Centre in Toronto, Jon Goyens delivered a beautifully simple set of defensemen progressions coaches can use whether their players are six years old or 36.

“Sometimes the progression will go sideways because the player turns the wrong way. But that really isn’t a mistake. It’s just a different progression.”

That was Goyens after one of his players turned the wrong way during a drill. There were a lot of coaches critiquing his every move, but the mistake didn’t phase him whatsoever. Why? Because mistakes happen. Be ready for them, be engaged, and you’ll know what to do when they do occur.