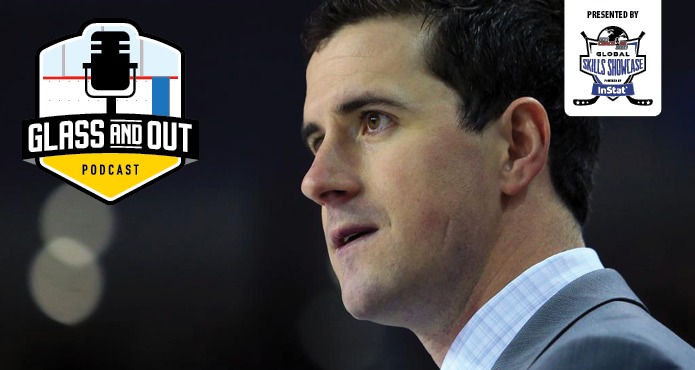 A head coaching job in the NHL is the ultimate goal for just about every aspiring bench boss. With only 31 positions currently available (soon to be 32), the journey get there is no doubt a difficult one based on hard work, dedication, smarts, networking, and a little good luck.

At just 35 years old, Paul McFarland already has three seasons of NHL experience under his belt. He spent last year as an assistant coach with the Toronto Maple Leafs in what can be described as a tumultuous season, that included a head coach firing, a season pause due to COVID-19, and a return to play inside the Toronto bubble. Prior to that, McFarland spent two seasons as an assistant on Bob Boughner’s staff with the Florida Panthers.

This past spring, McFarland decided to make the difficult decision to step back from the NHL and rejoin his former OHL team, the Kingston Frontenacs, as the GM and head coach. With an eye on one of those NHL head coaching positions, he decided it was the best course of action to further his career.

McFarland’s coaching career got started in 2012, when he decided to leave his career as an accountant and join his former OHL coach, DJ Smith, as an assistant with the Oshawa Generals. After two seasons in Oshawa, he was named the head coach in Kingston, where he led the organization to its best regular season in franchise history in season two. His next stop would be in the NHL with Florida, where he was put in charge of the team’s power play, helping them improve to second in the NHL. After the Panthers staff was fired in 2019, he’d quickly be hired by his hometown Toronto Maple Leafs to work under Mike Babcock.

Find out about his decision to leave Toronto for Kingston, what lessons he’s learned during his time in the NHL and his philosophy for running a potent power play in this week’s podcast!