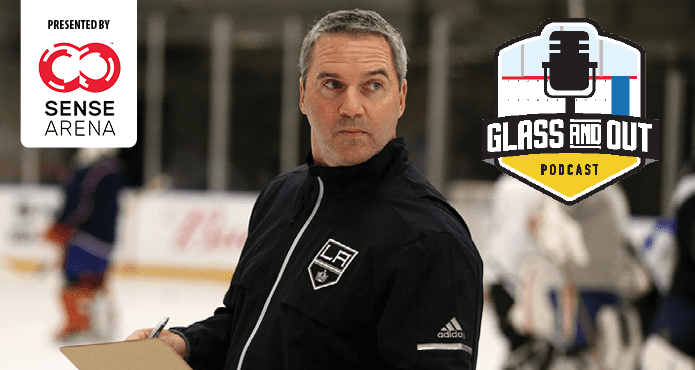 This week’s podcast is sponsored by Sense Arena.

Goaltending is one the most evolved and complex positions in hockey.

Take the current Stanley Cup Final for example. It features two vastly different netminders who have helped propel their teams to within four wins of Cup. On the Dallas side, we have Anton Khudobin, a 34-year-old career backup on the playoff run of a lifetime. On the Tampa Bay side, there’s Andrei Vasilevskiy, a 26-year-old Vezina Award winner whom many would have picked to be in this exact position at the beginning of the year. Despite their paths, resume, and playing styles, either could end up lifting the Cup.

Few in hockey have knowledge of the position like LA Kings goalie coach Bill Ranford. From his days backstopping the Edmonton Oilers to a 1990 Stanley Cup and Conn Smythe trophy, to his 14 years helping develop the Kings future in net, Ranford has seen the evolution of goaltending first hand. His playing career included 15 years in NHL, a 1991 Canada Cup, and a gold medal at the 1994 World Championships.

In 2006, he would make the move to Los Angeles and join the Kings. Ranford played a key role in the rebuilding process that  eventually resulted in the two Kings championships, one of which included a Conn Smythe Trophy awarded to Jonathan Quick. The Kings have also won the Jennings Trophy as the team with the lowest goals against average twice during his tenure. Essentially, every goaltending and team defensive record has occurred under his watch.

In today’s podcast, we’ll discuss the evolution of the goaltending position, how Ranford’s role requires him to be part coach, mentor, and psychologist, and how coaches can support the development of their goalies.