Leadership Lab: Authenticity has No Competition 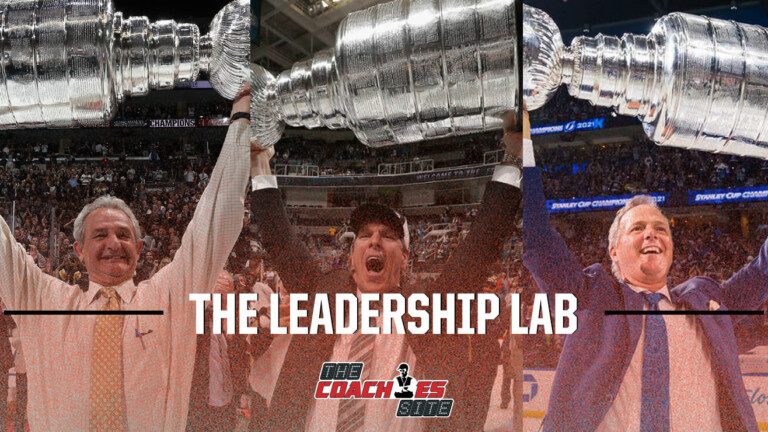 "We need to be authentically ourselves as we lead our hockey teams."
0
(0)

I have often wondered what the traits of a great coach are.

This question has had me searching for over 30 years, and it has been a great pursuit. One in which I have chatted with a lot of coaches in the NHL, NCAA, Major Jr., and beyond. I have read countless books, watched numerous documentaries, and YouTube videos, and one clear identifiable truth is that I am not sure there is a set recipe one can follow to become a great coach.

See, as a son of Italian immigrants, I grew up with a tremendous appreciation for food. I learned from a young age how to prepare and cook a meal, and I love doing so as a result.

My mom’s tomato sauce was legendary with my extended family, let alone her rendition of how to make meatballs. I grew up thinking that this how it is done, this is the only way to do it.

However, as I became more and more independent, I started to iterate on the recipes that were passed down and created my own version of these great meals.

In essence they became authentic to me, and the importance I placed on specific ingredients has come to be my calling card within my family. Those ingredients are what I value to have in a specific recipe and may not be the same for someone else – and that is totally fine.

This is the same with coaching. As we need basic ingredients, like good communication skills, good relationship building skills, clear knowledge of the game, the X’s and O’s as well as all the nuances that exist within them, and a myriad of other traits. We may value a certain style of play, or a certain type of player and that may not be the same for all coaches – and that is totally fine.

Yet we need to be authentically ourselves as we lead our teams. I am all for modeling what works in others, but not everyone can have the wit of a Darryl Sutter at the podium, or the command of a bench like a Mike Sullivan, or the obvious leadership of a Jon Cooper, but everyone can be who they truly need to be. See, these three coaches have been very successful at the NHL level, all with different personalities, and styles, and players they value, but no one can say they are not themselves in any way.

It is in the understanding of this that we create our own calling card within the coaching world.

Your players can see through when you are not being truthful or trying to be someone else. Remember it is not what you know that matters, it is what you can get your team to do that does. So, be authentic, otherwise, you just may lose them.