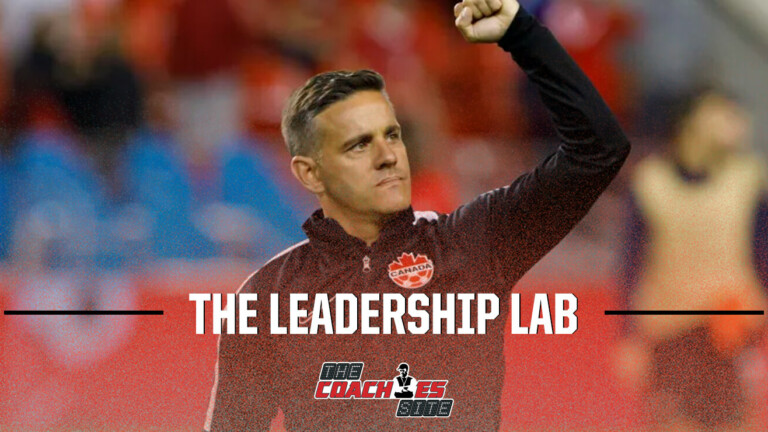 “Do not go where the path may lead you, but go where there is no path and leave a trail.” – Ralph Waldo Emerson

Over the many years of being a coach myself, as well as an educator, I have come across thousands of quotes. In fact, more now than ever as Twitter, Facebook, LinkedIn, Instagram and TikTok have made them more accessible.

Emerson’s quote is one of my all-time favourites. It is about forging your own path to being who you want to be and not listening to outside noise.

As well, it leads me to write about John Herdman, the Head Coach of Canada’s Men’s Soccer Team.

He has been coaching for over 25 years from his native England to New Zealand to Canada. Along the way he has continuously sought out new and different ways to be better, and his passion for the sport and coaching continues to grow.

I felt that quote was appropriate right now as Canada is preparing for the World Cup in Qatar, with its first game on Wednesday, November 23 versus second ranked Belgium. A tall task no doubt.

For those who are unfamiliar with Coach Herdman, he has been a fixture in Canadian soccer for over a decade. He turned around the National Women’s Team and created a world super power winning a couple of Olympic medals, in 2012 and 2016. Then in 2018 he took over the men’s team, which had been continuously ranked in the bottom tier of soccer playing nations in the world. In fact, they started 2021 ranked 72nd.

Now, bear in mind that Canadian soccer has been abysmal for decades both on the men’s and women’s side. He brought the women to world prominence and then turned his attention to do the same with the men. The men’s side hadn’t been able to secure a spot on the world stage in 36 years.

John Herdman is doing more than leaving a trail, he his leaving a huge legacy. One in which his confidence, belief, and overall execution has created a culture of excellence that can be replicated for any coach, of any sport, in any part of the world.