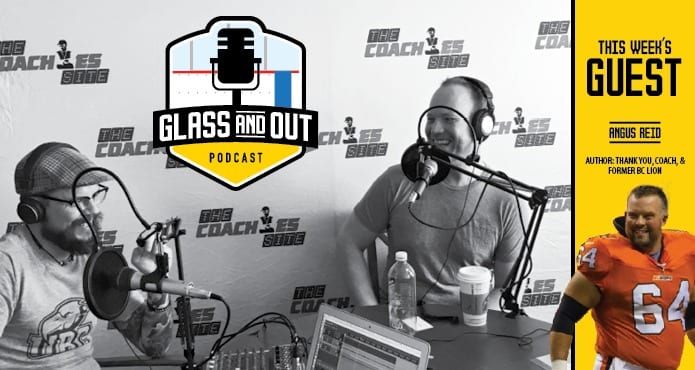 Well, Dorazio did such a good job with Reid that the latter wrote a book about the former.

Learn more about Angus and the book here.

And you can buy a copy here!

Another question: are you going to be such an impactful coach that one of your former players writes a book about you? Hopefully.

Angus dropped by the studio today to talk about Thank You, Coach, as well as his time playing football in Vancouver. Enjoy!