Long-term athlete development through the “power of play” (VIDEO)

View all posts
“Play” shouldn’t be viewed as mindless activity.
0
(0)

Mark Fitzgerald is one of the top athletic trainers in North America who just happens to spend a lot of his time working with hockey players. As a strength and conditioning coach with the Anaheim Ducks, he has the privilege of monitoring the performance of some of the top players in the world on a daily basis.

In the summer, he spends his time in Whitby, Ontario overseeing several hundred athletes from various disciplines through his company Elite Training Systems. He is also the director of health and performance for the Canadian Hockey League and lead training advisor for Under Armour Canada, in addition to various other roles in the field of sports performance.

Mark joined us in Vancouver at our 2016 Coaches Conference to discuss the “power of play.” His presentation focused on long-term athlete development and reinforced that “play” shouldn’t be viewed as mindless activity, but instead as motivating means for athletes of all ages to discover their true potential.

Watch the full video with a membership to The Coaches Site. 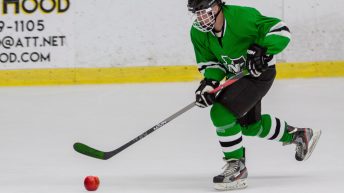