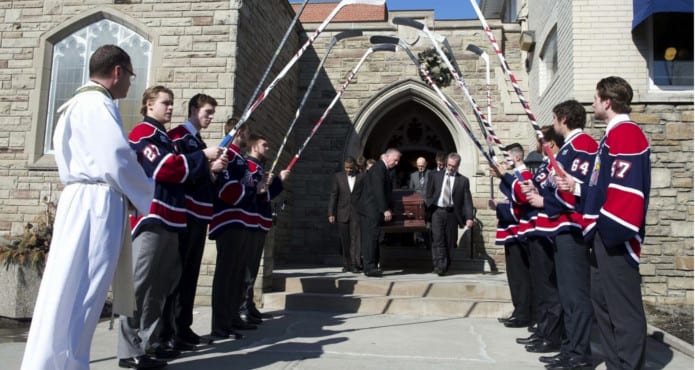 Do you use your voice?

I’m writing this article in direct response to a submission in The Athletic written by Matt Clune, younger brother of former National Hockey Leaguer Rich Clune.

Read Recovery: The Rise, Fall, & Redemption of the Clune Brothers.

But as Matt describes, the fact that his older brother played in the NHL hardly matters at all.

Even as it mattered more than anything.

It’s a long read, and a difficult one, but what I’m about to write here might make more sense if you read Matt’s moving piece first.

Matt’s article is both a tribute to his brother even as its a painfully detailed account of Rich’s struggles with alcohol and substance abuse. In one scene described so delicately that I can clearly see it in my mind, Matt describes his older brother, his hero, but still a teenager at the time, sitting in a bathtub while promising him and their younger brother Ben that he would deliver a slice of glory for which they could all be proud. Not a Stanley Cup, but a puck. One simple official puck used in a National Hockey League Game.

“When I left, my foot caught a tiny puddle of water splashed on the floor. I felt its temperature. His bath water was ice cold.”

Where does pressure come from?

Do you use your voice?

I’m writing this article in direct response to a submission in The Athletic written by Matt Clune, younger brother of former National Hockey Leaguer Rich Clune.

Read Recovery: The Rise, Fall, & Redemption of the Clune Brothers.

But as Matt describes, the fact that his older brother played in the NHL hardly matters at all.