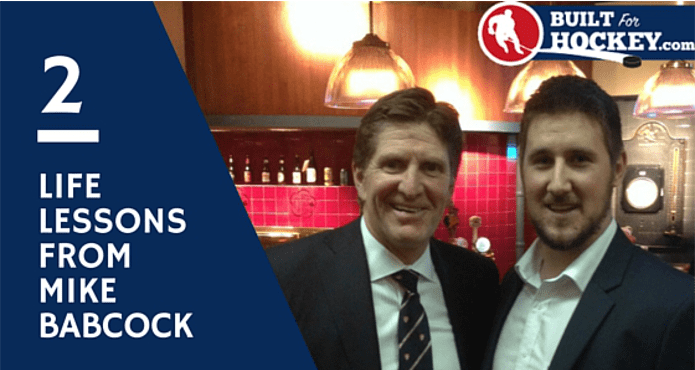 It’s been a few years since I met Mike Babcock.

He came to speak to my team and I about 4 years ago before our National Championship playoff run.

I remember telling myself, “man…this guy can work a room!“

He literally had the entire room’s attention for quite a long period of time—i don’t even think I blinked once!

I was lucky enough to cross paths with him again just a few days ago at our annual Redmen Alumni Banquet (the picture above is of him and I after supper that night), and it turns out he had even wiser words to share this time around—including two life lesson that I’ll never forget.

Now, Mike speaks often and really is one of the best in my opinion, but it’s not every day you get to listen in.

But today, I’m going to share those important life lessons with you in as close to his own words as possible so that you can apply them to your game—and your everyday life!

Mike Babcock’s main message to the audience was simple:

“Embrace being uncomfortable as you move forward in hockey and life.”

He took us back to a time where he was a young player looking at his different university options. Like many young Canadian men, all he really wanted to do was play hockey.

He eventually settled on McGill University and quickly became uncomfortable and unsure. 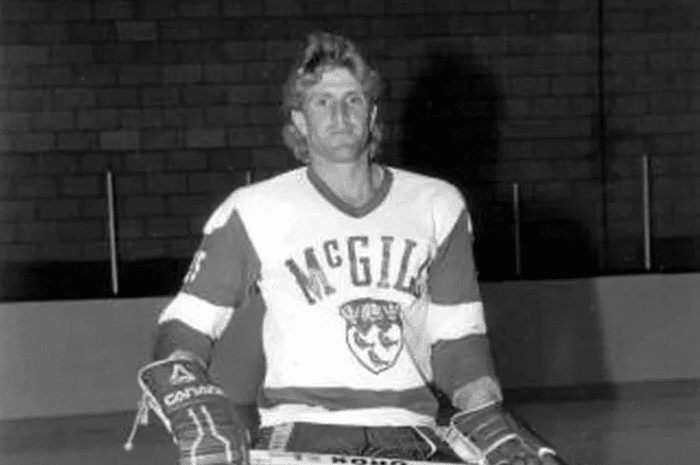 He had no idea about the school’s academic standard, the commitment level of the students, the demand and the expectations of the professors…it was all new to him, and it’s not what he was used to.

His mind was on hockey, and he had never really embraced being a student before.

He had no plan.

No idea what he wanted to do later on if hockey didn’t work out.

He was uncomfortable, to say the least.

The people, the professors, the coaches & classmates…

The academic load and the new perspectives, thoughts and ideas…

All of this “new unknown” led to amazing growth opportunities that allowed Mike to challenge himself and grow not only as a hockey player, but also as an individual.

His second lesson is just as powerful…

The Gift of Passion

Once you’ve embraced being uncomfortable and you’ve allowed it to drive you forward, find what you love.

If you love something, you have a chance to be good at it.

“When you figure out what you love, you gotta’ chase it as hard as you possibly can. The gift of passion is this: if you love something, you can grind harder and longer than the guy next to you.” – Mike Babcock 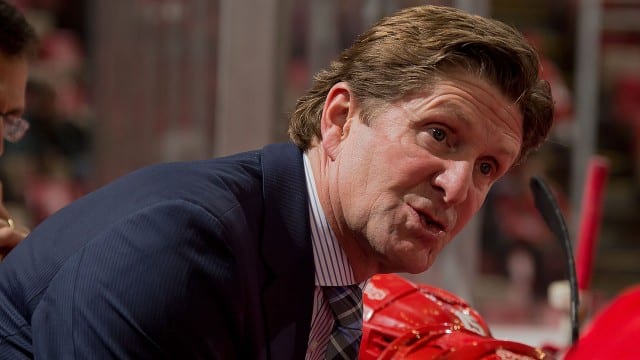 Passion allows you to separate yourself from the crowd.

Passion allows you to excel.

If you’re passionate about something, it’s not called a “job”—you don’t have a job when you do what you love!

And the thing is…

No one can be GREAT without PASSION.

You can have GOOD without passion…

…but you can’t have GREAT.

Mike found out through being uncomfortable that coaching was his passion.

He’s now the only hockey coach in the history of the game to lead teams to victory in the Stanley Cup, the World Championship, and the Olympic Games.

In closing, Mike reminded us to not be the guy that tells the same story for the next 30 years.

Don’t be the guy who lives in the past.

Make new memories. Make new stories. Pursue new opportunities and continue to grow as much as you can.

Think “constant growth”. What made you happy last week won’t make you happy next year. 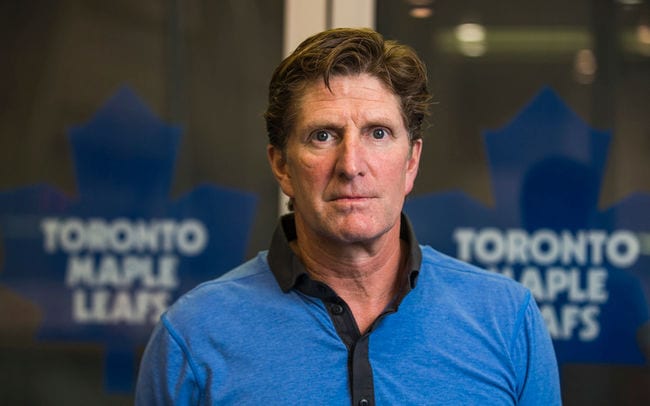 If you’re a hockey player, don’t stay behind to play in a league where you’re the best—jump up a level and be uncomfortable. It’ll force you to develop.

If you’re a hockey coach, don’t stay on a team that has won it all—jump into the unknown and try turning an inexperienced team into a winning team. It’ll force you to grow as a coach.

Uncomfortable is where the fun is at!

Embrace it, and allow yourself to grow into something you never thought possible.

Know someone that would enjoy this article? I’d appreciate if you forwarded it to them!