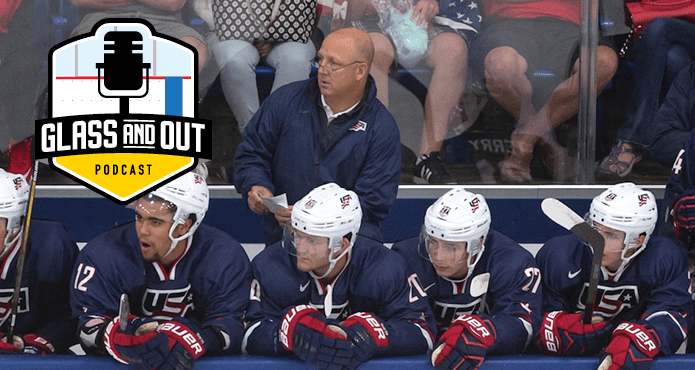 For hockey fans, the holiday season means so much more than just time with friends and family. It means the World Junior Championships are upon us. High quality hockey from young men giving their all for their country in the quest for gold.

University of Minnesota head coach Bob Motzko knows first hand the ups and downs that players face in such a stress-filled environment. He’s led Team USA as head coach twice at the World Juniors, capturing gold in 2017 and bronze in 2018. He was also an assistant coach during a disappointing fifth-place finish by the Americans in 2014.

The two-time NCHC Herb Brooks Coach of the Year winner has coached NCAA hockey for over 30 years, including 13 years as head coach at the St. Cloud State University. He is currently in his second season with the Golden Gophers.

Find out how the long-time NCAA coach managed to find success in the short-term, high pressure tournament in this week’s edition of the Glass and Out Podcast!

*Note: Due to technical difficulties, parts of the interview audio were negatively effected. We apologize in advance.