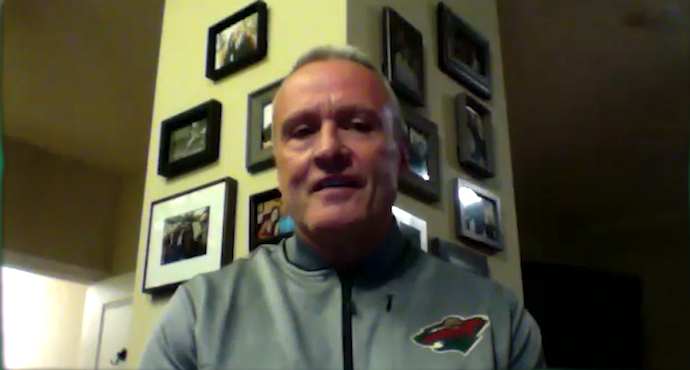 View all posts
"We think that we're going to put ourselves in a spot to have some success."
0
(0)

In a conversation with The Coaches Site founder and CEO Aaron Wilbur, we spoke to Evason prior to the start of the season, in a special presentation for coaches and players in Minnesota.

“Minnesota is a lot like Canada,” said the native of Flin Flon, Manitoba. “Everybody talks about Canada being so passionate about hockey, Minnesota is right there. The high school hockey is absolutely tremendous, the minor hockey systems here (are too). The support that we get from the people, from the communities here around the Minneapolis, St. Paul area is tremendous. They’re very passionate, very knowledgeable, and support us. We all think of it as our second home, it’s so nice to go out in the community and talk to people. They understand the game, support us, and give us a lot of love.”

Evason joined the Wild organization in 2018 as an assistant coach, and took over as head coach as a mid-season replacement when Bruce Boudreau was fired in February of 2020.

Prior to this season, he was excited about getting to lead the Wild from the beginning.

“What we’ve tried to do is get a little bit more pace, a little bit more speed in our team and I think (Wild GM) Billy Guerin and the staff has done a great job of bringing people in that we feel can do that,” said Evason.

“We’re excited about having the opportunity from day one to have a new group, our group, that we can go forward with. We can work on the things that we want to work on, the game plans, the structure, that we want to put in place.

“We’re excited about the way that our group plays as a team. When we took over, one of the things that we really tried to stress and preach is that we play for each other. We were tight knit group, we feel that our group did that. Now if we can play with that pace and that structure that we talked about, we think that we’re going to put ourselves in a spot to have some success.”

Watch the full 27-minute conversation below: