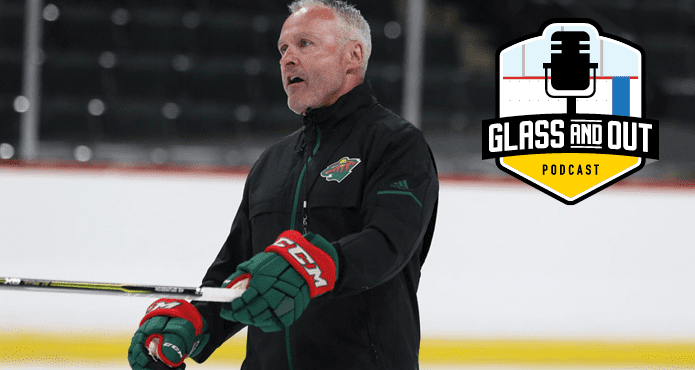 One of the toughest challenges a coach can face is to be named interim head coach of a struggling team that is expected to make the playoffs, midway through a season. There’s no exact playbook for turning things around in such a short timespan.

That is the exact situation that the Minnesota Wild’s Dean Evason faced this season. With the team sitting at 27-23-7 under Bruce Boudreau, Evason was promoted from assistant to interim head coach on February 14. He would guide the Wild to an 8-4 record and within a point of the final Western Conference wild card spot when the season was put on hiatus.

The appointment was 22 years in the making, as Evason had progressed from coaching junior hockey in the WHL, to professional hockey in the AHL and NHL. After getting his career started with WHL stops in Kamloops, Vancouver, and Calgary, his first shot in the NHL would come as an assistant with the Washington Capitals. Seven seasons later, he would move to the AHL and become head coach of the Milwaukee Admirals for six seasons. Evason made the jump back to the NHL with the Wild, where he is now in his second season.

The Flin Flon, Manitoba native played 858 NHL games over 13 seasons, including time with the Washington Capitals, Hartford Whalers, San Jose Sharks, Dallas Stars and Calgary Flames. His longest stint was with the Whalers, where he played with the likes of Joel Quenneville, Dave Tippett, Ron Francis, Marc Bergevin, Kevin Dineen, Ulf Samuelsson, Brad Shaw, John Stevens, John Anderson, Brian Lawton, and Don Maloney – all of which have spent time in management or coaching at the NHL level. It is truly one of the more incredible coaching trees in hockey history.

In this week’s podcast, we’ll discuss how Evason approached the midseason takeover, the unique coaching tree out of Hartford, and what NHL hockey might look if the season resumes.