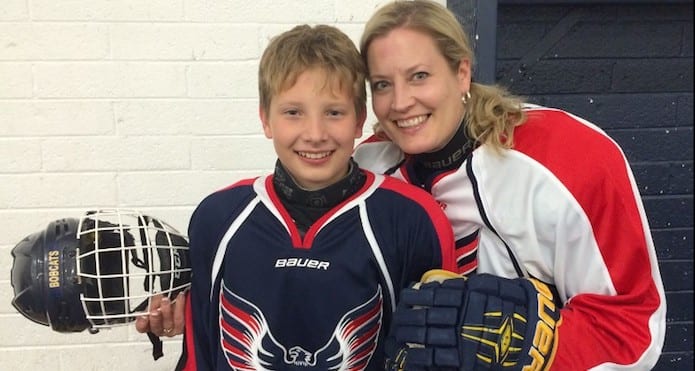 Hockey in this country wouldn’t be what it is without the countless hours volunteered by the same people who are footing the bill each season: the parents. I believe in the philosophy of doing your time at least once during your child’s minor hockey journey. That might mean you strap on the skates and grab a whistle to coach the team, or it could mean you get to wear the manager’s hat for a season. Either way, I believe it’s important to contribute more than just money. (Sorry.)

At least once. And if you coach or manage for multiple seasons? There should be awards in your minor hockey association that get shinier and gaudier with each season you volunteer. Celebrations even. Parades in your honour. A statue maybe?

Seriously, we’d be nowhere without you. Coaching minor hockey is not an easy job. There’s a lot of pressure to put a winning product on the ice whether your players are 18 or eight. It’s sorta crazy – wait it’s real crazy – that the hockey community places value on wins for inexperienced coaches, so let’s talk about what’s not crazy. Let’s talk about what we, as minor hockey coaches with kids on the team, can control instead of what we can’t.

1. Your Players Are All That Matter

You’re making a difference in their lives every day you show up for practice to see the same kids, you know that, right? You might only get a few hours each week to make your mark, so focus your efforts on the human beings who matter most: the little boys and girls who are depending on you to learn more about the game. If you volunteered (or were volunteered) to coach, then you’re accepting the fact that there are going to be parents who complain about your methods. Here’s the thing – the parents aren’t your concern. The kids are. So how are you going to ensure every minute you spend with your team is valuable?

2. Have Fun Every Day

Fun wears many faces. If you like having fun then your players are going to follow your example. If the coach is telling jokes and ripping around at practice, shooting pucks, playing games, and generally infusing the squad with a light-hearted, fun approach to the game, then how could the kids not catch on? Sure, some kids will be harder to crack than others, but they’ll come along. Having fun also includes playing games. Lots of them. Every practice I coach at the university hockey level includes at least one small area game. Wednesdays are built around scrimmages. Make it fun to learn about the game and your players will improve much faster this season.

And if you don’t like fun? Don’t coach. Watch every practice and complain about the coach instead.

Oh right, you have a kid on the team. And sometimes your kids do things that trigger a parent-type response. Well, when you’re on the ice or on the bench, you’re responsible for a team of individuals. Getting angry at your child or singling them out for something not related to hockey is super awkward for everyone involved. Plus, it creates a different set of rules for one individual, and that’s not fair for your own kid or the rest of the kids on the team. Better yet, just don’t get mad. At all. Anger is a choice. If you’re getting mad at your minor hockey team then you’re missing the point. And that’s not to confuse anger with passion – passion is great, but when you get mad because someone didn’t complete a pass or finish a chance or back check hard, the kids don’t hear the message, they only hear the emotion behind the message. Instead of getting mad, explain yourself. Tell them why they should do certain things instead of just telling them what to do.

Easy enough, right? Keep it light and focus on the players. The rest will take care of itself.