How NHL coaches distribute ice time during 3-on-3 overtime 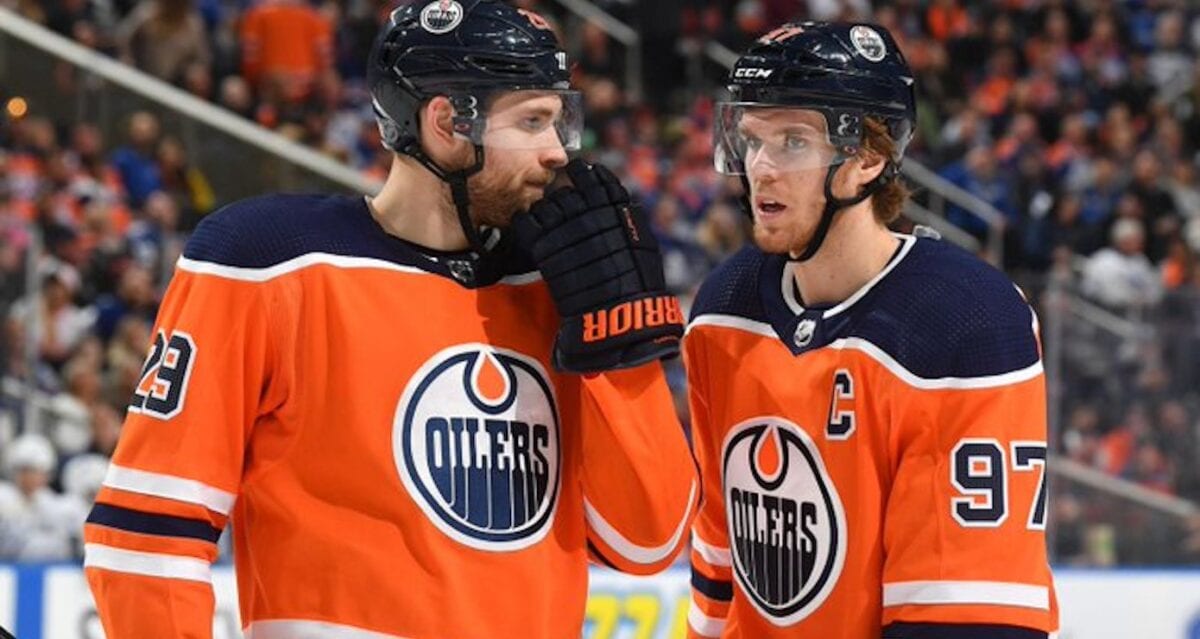 Shayna is a contributor at The Athletic, where she focuses on data-driven analysis, primarily about the New York Rangers and fantasy hockey. She also contributes to Hockey Graphs and Blueshirt Banter, and is the co-creator of Behind the Benches, a coaching database.

View all posts
A look at some trends from the 178 overtime games played this season.
0
(0)

Hockey is never more free-flowing than during 3-on-3 overtime.

Player deployment is the most controllable aspect of OT, which can be the quickest and most fluid part of a game. Teams take risks in those situations and tend to keep the strategies simple: give the most skilled players the opportunity to make something happen.

Whether there’s one top talent to lean on, a duo, or a trio to keep deploying, or multiple units, how coaches proceed is typically reflective of their depth.

The speed, fluidity, and randomness that can quickly end a game often drives coaches to start with their best players in the hopes that they can be the ones to end the game.

So how are NHL coaches distributing ice time this season?

We’re going to focus on the 178 overtimes as of the All-Star Break, 115 of which have ended before reaching the shootout.

First, let’s take a look at how many overtime games each team has played. The more experience a team gains playing 3-on-3 hockey, the more its coaches can learn, adjust, and plan for the future. 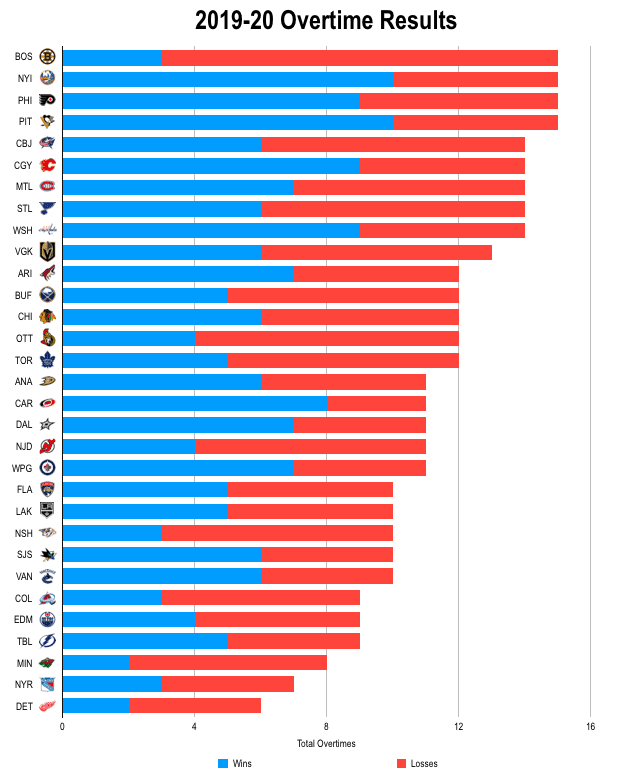 The Bruins, Islanders, Flyers, and Penguins have reached a league-leading 15 overtimes, while the Red Wings have played the fewest (6). The Islanders and Penguins lead the league with 10 overtime wins (including shootouts), while Detroit and Minnesota are last with two wins each. On the other end of the spectrum, Boston leads the league with 12 losses and Carolina has lost the fewest (3).

Since we have such a wide variance in the number of OT games played, along with the fact that overtimes can be varying lengths, we also have to account for how much available ice time there is to actually be distributed. That’s why we’ll measure the 3-on-3 ice time of players relative to the number of OT games they’ve dressed for.