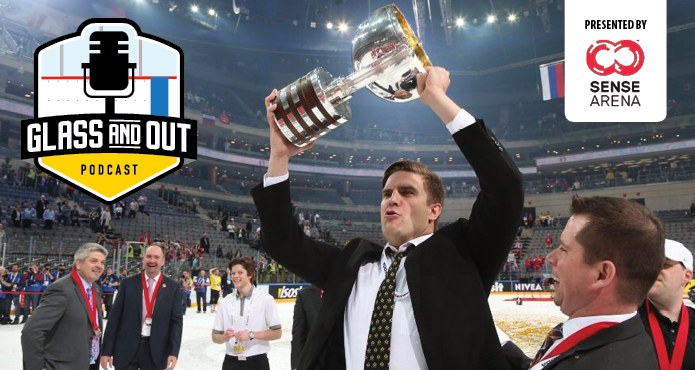 Over the past few years, the NHL has attempted to take steps towards creating a more diverse, accepting game. That includes the introduction of the Hockey is for Everyone program and the newly formed Hockey Diversity Alliance. But while some progress has definitely been made, anyone who has been in a rink or locker room knows there is still a long way to go for the hockey community.

With his recent public announcement of coming out as a gay man, player agent Bayne Pettinger is hoping to continue that progress towards creating a more inclusive game. In a sport where there has never been an active active player to openly come out, the move was a brave and a necessary one. The announcement has been been praised some of hockey’s most influential leaders, including public support from superstars Connor McDavid and Sidney Crosby.

It shows that progress is being made within the sport. It also shows that, just like in every other industry, there are gay men and women in prominent leadership roles within hockey, and they deserve to be treated no different than anyone else.

At just 33 years old, Pettinger is one of the youngest player agents in hockey, recently joining CAA Hockey and working under the guidance of high profile agents J.P. Barry and Pat Brisson.

Prior to that, Pettinger spent 10 years as the manager of hockey operations for Hockey Canada, working with many of hockey’s biggest superstars and most well-respected coaches. During that time, he helped Canada capture gold at the 2013 U18’s, 2014 Winter Olympics, 2015 and 2016 World Championships, the 2015 World Junior Championships, and 2016 World Cup. Few people have had the experience of witnessing how world class organizations and leaders function that he’s had.

In this week’s podcast, we’ll discuss his time with Hockey Canada, what he’s learned during his brief time in the player agent world, and how he hopes his decision to come out will influence opportunities for other gay athletes, coaches and executives in hockey.