No Excuses by Jamie Kompon 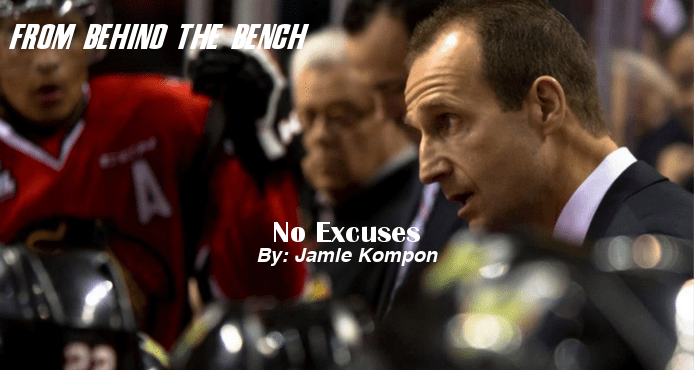 Kompon has coached in the NHL for over 20 years, including championships in consecutive years with the LA Kings(2012) and Chicago Blackhawks(2013) as an Assistant Coach. His coaching career began with McGill University as an Assistant/Associate for 5 seasons before making the jump to professional hockey with the AHL’s Baltimore Bandits. He would then join the St. Louis Blues, where he spent 9 seasons as an Assistant, Video Coach, Conditioning Coach and Scout. After a a 2 year stint as GM/Head Coach of the Portland Winterhawks, Kompon would return to the NHL with the Winnipeg Jets, where he has spent the last three seasons as an Assistant to Paul Maurice.

Jamie Kompon is an Assistant Coach with the Winnipeg Jets. In this instalment of FROM BEHIND THE BENCH, he shares with us his coaching journey, from a private boys school to back to back Stanley Cup wins. Kompon opens up about his coaching philosophy, what keeps him motivated, and what’s next for the Jets.

It’s been a long and windy road. Hockey was always my passion and if I wasn’t good enough to play then I always wanted to give back to the game that was so good to me.

I got a teaching degree and said I wanted to play hockey. I played for a couple of years, had a couple injuries, a couple set backs. This school was persistent in calling me, a private boys school, teaching phys ed and coaching the hockey program.

After the third time [they called], I wasn’t sure it was going to come up again so I thought, Well, I’ll give it a shot. I went in and it was a little daunting. It was really about managing kids, managing people, and having a job at the same time. I bit off a bit more than I could chew because I started coaching the University team too so I was head coaching one and assistant coaching the other. But it was a great learning experience my first year. As I got more and more comfortable my second and third, fourth, fifth years, I started to grow.

I quit teaching after five years and I moved down to Baltimore. At the time, Baltimore was the Anaheim Mighty Ducks’ farm team and I was an assistant coach there for a year. And then they moved to Cincinnati so I was out of a job, but that’s the life of a hockey coach. You’re hired to be fired, that’s part of your path.

I was very fortunate. I did hockey schools all that summer and the guys that I met along the way  became real good friends and turns out that one was the video coach in Colorado. Joel Quenneville had left Colorado to get the head coaching job in St. Louis and he was looking for a new video coach.

Joel Quenneville gave me my first opportunity in St Louis. I started as a video coach in 1997, then I went to strength and conditioning coach, then scouting for the draft, and then assistant coach. I was there for nine years.

I really evolved but I wanted to get back behind the bench. So after nine years I resigned and took an assistant coach job with the Los Angeles Kings. I had a great opportunity there for six years. We were one of the worst teams in the league, but Dean Lombardi came in and he had a vision. He wanted to build this young team through the draft, through development, and he asked me to be a part of the development program too, which I embraced wholeheartedly.

Our team kept on getting better and younger and better and better but we were missing a few key pieces. We made a huge trade to get Mike Richards and Jeff Carter and we ended up being the first eighth seed to win the Stanley Cup.

After the season, Darry [Sutter] wanted to bring in his own people. I had no ill will towards Darryl, I got a Stanley Cup and a lot of great friends, a lot of great memories. And it was great because then I got a chance to reunite with Joel Quenneville and Mike Kitchen [in Chicago]. When I was offered the job, I told Joel that now it’s the student showing the teacher what he had learned. We ended up winning the Cup in Chicago, to win it with them was really special for me.

I went on to Portland to be head coach. I wanted to challenge myself, it felt like I had some unfinished business. After two years as head coach and general manager, I was relieved of my duties so I hooked on last year with the Winnipeg Jets. I’m really excited to be working with someone different. Paul Maurice is a very good coach, a really powerful person in terms of the message he sends and brings every day.

We won the Cup in LA and you have to tell them right there where you want to take it. I remembered driving in to St. Louis, not knowing anything about it, it was in the mid west and it had this big arch. Next thing you know nine years go by — I got married there and had all these friends and these memories, it was phenomenal. The first thing that rolled out of my lips [after we won] was, “I’m bringing it to St. Louis.”

So we brought the first one there, we had a party with 200 people there, every one of them were friends. They supported me when we weren’t winning, they supported me when I was down, they were always there for myself and my wife so it was something I could give back to them because of what they gave to me — an opportunity for nine years and a start in the NHL. That was really special.

In Chicago when I won the second time, my dad wasn’t able to make it so I wanted to make sure he had an opportunity to be with the Cup. My family now lives in Niagara Falls and that’s where I brought it. We had about fifty people, mostly family, I wanted to make sure my family got to experience it.

The biggest influences who made me who I am and where I am today are Joel Quenneville and Mike Kitchen. Those guys were my mentors and my inspiration. Being able to win a Stanley Cup with them and have my name on the Stanley Cup with them, I get goosebumps just thinking about it.

Not many people can jump out of bed in the morning and say they love what they do, I’m one of the fortunate ones. You can say I’m a coach, but I don’t feel like one because there’s always more to learn, and I never want to stop learning. I learn every day.

It wasn’t that way when I was growing up. It was Jump? How high? Run through the end boards? How big do you want the hole? Whatever coaches said, that was the gospel, you never questioned them. Now you’ve got to be able to answer questions, because they’re going to ask.

They asked me to speak [at the Hockey Coaches Conference] and I said absolutely. I enjoy listening and learning, but I never forget that I was one of those people in the stands and that at one time, someone gave me a wealth of information to start off my coaching career. So if I can impart anything, to give back, I will.

[To be a good coach], you have to have a passion, you have to love what you do. I love being on the ice, there’s nothing better than being on the ice with the kids. That moment—it might be weeks of work, months of work, years of work with players or your team—and they finally have that eureka moment where it’s like Wow, they got it.

This year my partner in our hockey school, his son won the NCAA championship with Denver. I remember him knee-high to a grasshopper. I remember watching him at the rink as a kid and the next thing you know, he’s a national champion. Helping him along the way, seeing how he transformed into a young man, that’s important. You have to have the passion for the game, but you also have to have the passion to understand that there’s a bigger picture. You want to make better players but you want to make them better people.

So love what you do, embrace what you do. I know it’s about wins and losses but at the end of the day, as long as the kids are having fun. It’s got to be fun. [The players] don’t get paid to do this and if it gets to that level where they do get paid, then you can push them a little harder. But until that point, they’re aspiring to be the best they can be so help them. Inspire them.

What’s next for Winnipeg? The playoffs. Last year we finished strong but no excuses, it’s got to be the playoffs. We signed a couple free agents, solidified our goaltending and our defense. But as coaches, we know there are no excuses. We’re right on the threshold. In the game today, the parity is unbelievable, any given night anyone can beat anyone if you can get the momentum and keep the ball rolling. All you have to do is give yourself a chance. 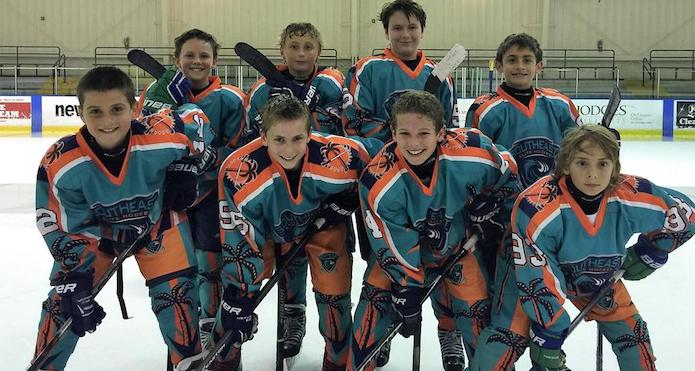 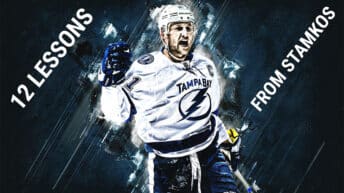 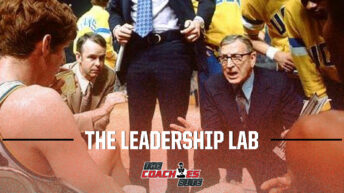