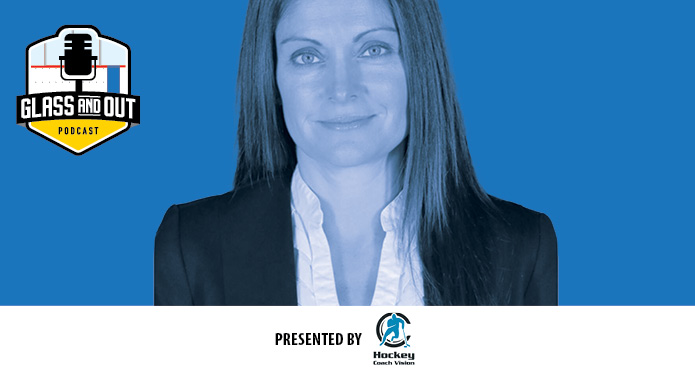 We’re joined by Nadine Muzerall, Head Coach of the National Champion Ohio State Buckeyes, for episode #177 of the Glass and Out podcast.

While most would associate OSU with their legendary football program, Muzerall has been building a tradition of her own with the women’s hockey program since she arrived on campus in 2016.

In her six seasons, the Buckeyes have gone from a sub-500 team to a perennial college powerhouse, qualifying for NCAA tournament on four occasions and capturing the 2022 NCAA Frozen Four Championship as the top seed in women’s college hockey. Muzerall has also been recognized as the WCHA Coach of the Year twice.

The Mississauga, Ontario, product played her college hockey at the University of Minnesota, where she was named an All-American in 1998 and 2000, while also earning Team MVP honours during those seasons. Muzerall had the honour of becoming the first women hockey player to be inducted into the University’s Hall of Fame.

She joined her former Head Coach Brad Frost as an Assistant Coach with her alma mater in 2011. During her return to the Gophers, the program captured four National Championships in five seasons.

Hear about how Muzerall reshaped the culture at OSU, her unique mentorship from John Tortorella, and the offensive philosophy that led to her squad putting up a staggering 175 goals in only 29 games.