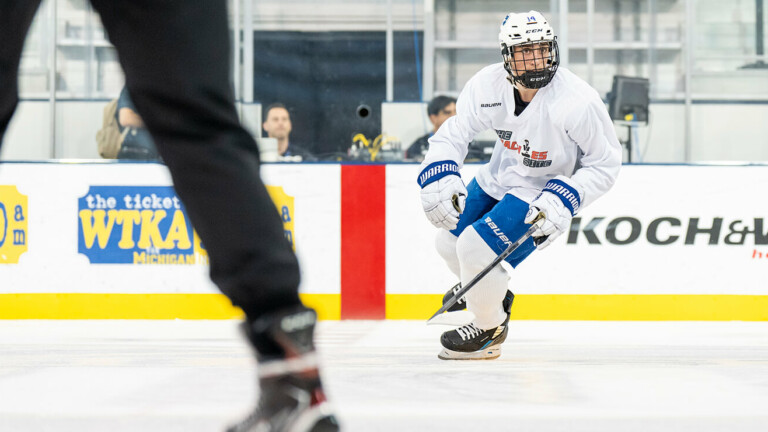 What comes to your mind when you think of the defensive zone?

In order to grab and hold a team’s attention to the less fun details that drive winning, coaches must find ways to get a message through. As coaches, we must find a way to make our message short, but memorable. A mantra or rule fits the bill perfectly.

With or without the puck

At worst it’s a turnover to the other team. At best it’s a 50/50 puck race after going glass and out. Thrown away pucks from the defensive zone are almost always situations that go against your team’s chance of driving play and winning.

Yet how do coaches get in the way enough to promote better decisions? Rather than players panicking once they touch the puck they should be comfortable holding onto the puck and making a quality hockey decision. How do we allow them the mental tools to avoid throwing the puck away?

It all has to do with breaking the reaction/response chain that leads to those panicked moments.

Getting players to focus on their response is the critical piece in getting better outcomes. ​Once players understand that, the next step is to make sure players are responding to events in a way that leads to a positive outcome.