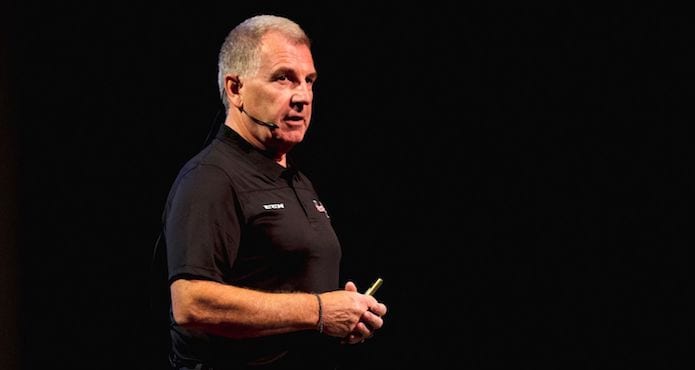 How do we define what makes a champion? That was the question Hockey Canada VP Paul Carson posed to the group assembled in Toronto for our Hockey Coaches Conference in 2018.

Do we qualify champions when they raise the Stanley Cup? When they score a goal in the NHL? Or when they pull a gold medal over their heads with a Maple Leaf on their chest at a World Junior Tournament?

For Paul Carson and Hockey Canada, champions begin with the grassroots level of minor hockey.

“What we need in arenas every day and every night are program champions,” said Carson.

Paul’s goal is to create those champions by advocating for positive change and encouraging every athlete, parent, and coach to pull on the same rope in an effort to make that change happen. According to Paul, these changes include educating the hockey world on the dangers of early sport specialization, the need for multipart participation, and age appropriate programming.

Watch the preview video above, and check out his full 33-minute presentation with a membership to The Coaches Site.