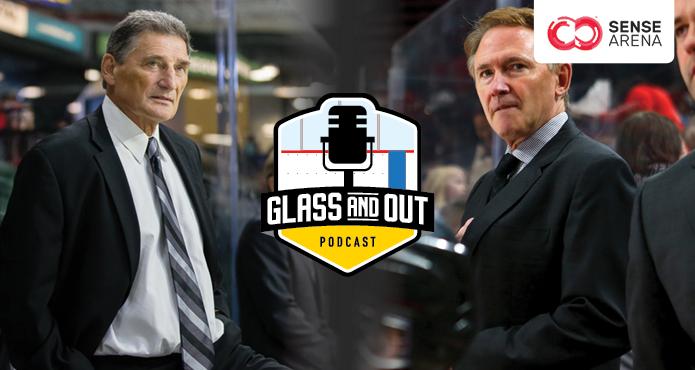 The two coaching legends have have blended their individual coaching philosophies in Portland.
4
(1)

In this week’s podcast, we welcome two of the most distinguished and well-respected men in hockey. They’re also two current members of one of the more unique coaching staffs in hockey with the WHL’s Portland Winterhawks.

First, you have vice president, general manager and head coach Mike Johnston, who has almost 40 years of coaching experience at just about every level of hockey. Johnston has coached 10 seasons in the NHL, including two years as head coach with the Pittsburgh Penguins. Johnston took over the Winterhawks part way through the 2008-09 season and has turned it into one of the model franchises in junior hockey, producing for NHL talent such as Seth Jones, Ryan Johansen, Nino Niederreiter, and Cody Glass.

Next, you have assistant coach Don Hay, who just finished his third season with Portland. Hay is of course the WHL’s all-time winningest coach, setting the record with 743 victories, and has won three Memorial Cup championships (two with the Kamloops Blazers and one with the Vancouver Giants). Considered a legend in the coaching fraternity, he’s played a role in developing countless NHL players who have gone on to become household names for hockey fans over the course of his career.

Hay and Johnston first worked together at the 1995 World Junior Championships. With their roles reversed (Hay as head coach, Johnston as an assistant), they led Canada to a gold medal.

The two have remained friends and a coaching resource to one another during their careers, resulting in a reunion with the Winterhawks. To have two coaches of their stature on the same bench is certainly a rare occurrence and no doubt provides an incredible environment for players to learn and grow in Portland.

Find out how they have blended their individual coaching philosophies, their process for designing practices, and the importance of staying humble in this week’s podcast.