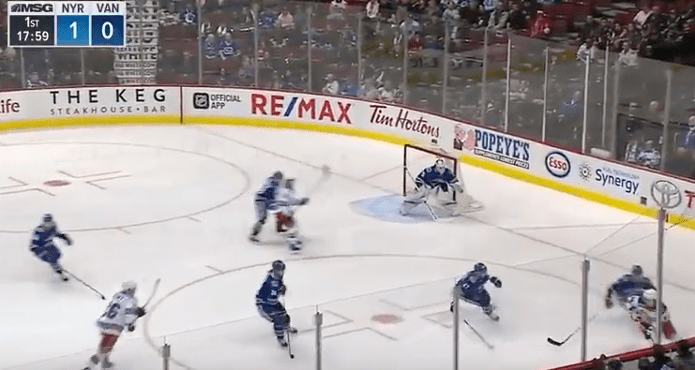 Coaches want to play a possession game. We hear that in just about every coach’s pre-game presser. Here is the simplicity of attack hockey: take what’s given. Meaning, if opposition gives you entry to the offensive zone without having to beat anyone 1×1, then we want you to skate it in and keep possession. If at any point on entry a 1on1 move is required to beat the opposition, then let’s put the puck behind the D and make them turn.

Very simple, right? Not so much. The game is filled with young stars who want to make a play every time they possess the puck. The problem coaches continue to face is teaching players when to make a play and maintain possession, and when to put pucks into open spaces and establish a pursuit game. For this week’s Hockey IQ tip, we are going to focus on when opposition gives up the zone and we can maintain possession below the dots.

Many times, on entry your players will be faced with a lack of numbers and will shoot the puck from a bad angle and hope for the best. With so much emphasis on Corsi and shot volume, we are seeing players just shoot the puck without any bodies at the net. This often leads to a quick counter attack by opposition. By delaying deep either with a “pull up” or a quick escape, it allows your team to do several things.

With most coaches emphasizing strong back pressure and five in the picture, we often see teams over back check and give up the high ice. It also creates some form of puck staring by opposition and often players are open on the weak side. Either way, the simple “pull up” or escape at the dots creates confusion for opposition and allows the puck carrier several additional options:

All of these options typically lead to grade “A” scoring chances and getting pucks to the funnel. The key for you as coaches, is to help your players recognize where the opportunities to hold onto the puck are and when they should put pucks at the net or into open areas. 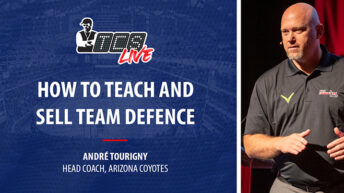