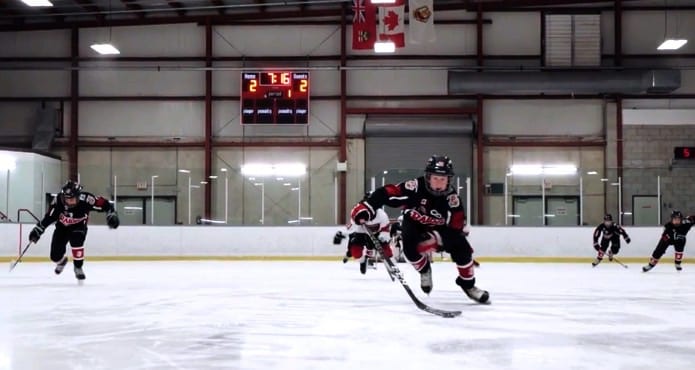 “Our passion for the game drives our volunteers, coaches, players, and their families, one practice, one game, one season at a time.”

At the college hockey level, the connection from student to adult is easy to draw. From college hockey player to the workforce, the skills required to succeed on the ice are the same as those required to exceed in the real world. College hockey coaches are just as concerned with the nutrition and sleep habits of their players as they are their ability to one-time a puck.

Because they’re often one and the same.

Well, if a men’s or women’s hockey player hears about the value of off-ice habits for the first time in their freshmen year, then it’s much too late.

It’s not minor hockey’s responsibility to create the next wave of marketable NHL and CWHL stars. While it’s true that’s where the vast majority of professional hockey players start their journeys, it’s not solely because the skills they learn on the ice projected them into stardom. Professional hockey is a side effect of minor hockey, not the ultimate goal.

But it’s true we can use professional hockey to expose the importance of an achievable minor hockey attitude: long term people. The NHL absorbs most of the hockey spotlight in our country, so let’s shine it on the character, the ideals, and the values that NHL teams crave.

Every NHL Head Coach is looking for good people with whom to surround himself. Stanley Cups are won on the backs of hard work and determination. Our national champion Women’s Hockey teams have won gold medals as a direct result of their ability to come together as a team and to put aside personal goals for the sake of larger dreams.

We have an incredible responsibility to the young hockey playing girls and boys of tomorrow, and in no way, shape, or form does that responsibility involve professional hockey. Minor Hockey Coaches are educators. If you have kids of your own, you know it’s often difficult for them to see your point of view – it’s a simple reality of being a parent.

But pairing them with a strong, positive role model who uses hockey as his or her primary teaching tool? A Minor Hockey Coach who preaches character, teamwork, preparation, work ethic, selflessness, generosity, determination, and on and on and on?

That’s an attitude every hockey player can adopt for a lifetime. Together we can create a minor hockey attitude populated with nurturing environments filled with strong, passionate, independent young people.

Because those young people are going to grow up.

This post was written in conjunction with the Ontario Minor Hockey Association’s Annual General Meeting, and accompanies a powerful new mandate by the OMHA called Long Term People. Check it out here.