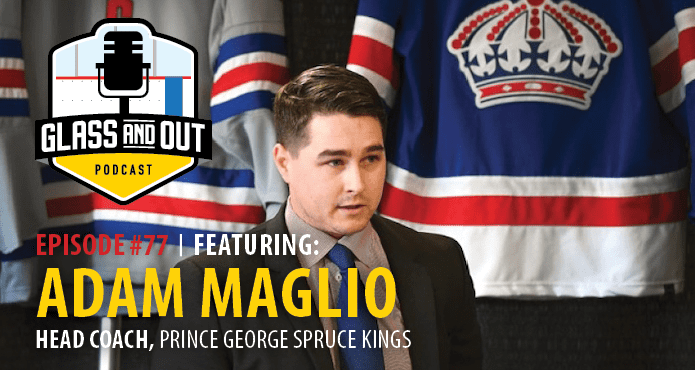 The Prince George Spruce Kings are provincial champions after capturing the 2019 Fred Page Cup, but according to head coach Adam Maglio, they’re not done yet.

Maglio spent time as a player and an assistant coach with the USports’ Men’s Hockey program at UBC before being named Junior A PG’s head coach in April of 2017, and just two years later, they’re BCHL champions gearing up for a date with AJHL champion Brooks Bandits.

Adam hopped on the podcast today in between series to talk about life as a coach in Prince George and how his team steamrolled through the 2019 playoffs.