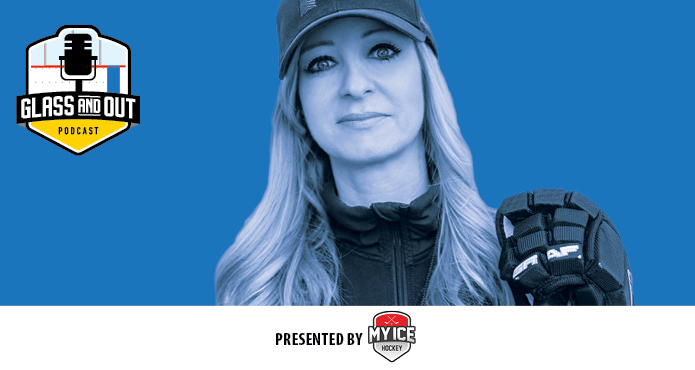 For episode #169 of the Glass and Out podcast, we’re joined by power skating instructor Cathy Andrade. She is also one of the 10 coaches selected to present at our upcoming Global Skills Showcase!

Through hard work, striving to master her craft and word of mouth, she’s built a reputation as one of the top skating coaches in hockey.

Andrade grew up in Calgary, Alberta, where she competed competitively as a figure skater before obtaining CFSA certification, which is comprised of Gold Figure, Gold Free-Style and Gold Dance.

In the early 90s, she set up shop in San Jose, California, and by the turn of the century, was training hockey players exclusively. Today, she trains a lot of the top players to come out of Northern California, as well as many of the top players who move to the Bay Area to play professionally, including current San Jose Shark Kevin Labanc and former Shark Joe Pavelski.

Find out her philosophy on creating better skaters and athletes, how she’s gained the trust of some of the top players in hockey as a former figure skater, and how her Global Skills Showcase presentation on “3-Turns” will challenge your players like never before.