The problem with point shots, according to analytics 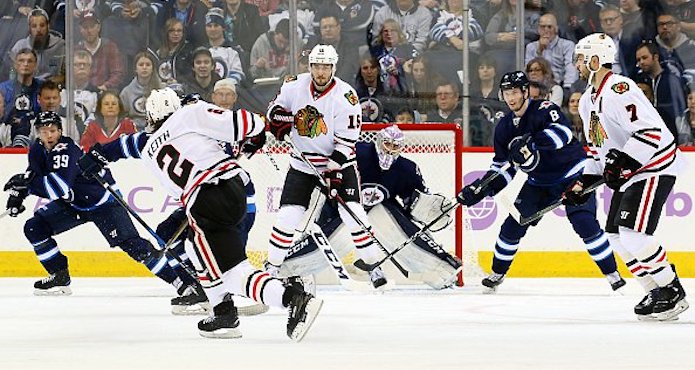 I’m going to make what may seem like a bold statement, but really shouldn’t be: “point shots suck.”

When I first posted this on my newsletter, I got a ton of responses from all across the spectrum. Some people thought I was crazy, others agreed, and everything in between. Even my mentor disagreed at first before coming around. I want to echo that newsletter post and expand on it further as point shots are terrible on many fronts. Stick with me here.

The first reason why point shots suck is that they don’t result in goals very often. From 2007-2017 Micah Blake McCurdy found that the shooting percentage from outside the house has been under 5%. His website HockeyViz has great content beyond just this. He is a former math professor who decided to work on hockey analytics in the public sphere (he has turned down multiple NHL teams).

Combining that with other data such as Clear Sight Analytics has come to show that point shots with traffic score around 3% of the time and without traffic score about 1% of the time. That is basically “playing catch” with the goalie.

It’s clear that point shots aren’t great options for scoring goals. However, some argue that they create rebounds for forwards to whack home for a goal, tips, screens, etc.

One of the largest errors in judgment is thinking that point shots create rebounds. Often, they don’t.

This chart from Alex Novet is great for several reasons:

Where rebounds actually come from

During the 2017-18 NHL season, Hiroki’s Analytics did a bunch of studies on goal scoring. One of their focus areas was rebounds. Not surprisingly and backing up what we just learned, point shots don’t often create rebounds. Shots from the house create rebounds with more frequency.