The psychology behind the coach-player relationship (VIDEO)

479 views
2 min read
Add comment Watch LaterRemove Cinema Mode
Do we rely too much on "fear" as a motivator?
0
(0)

As a coach, there’s a lot that goes into preparing your team.

There’s a whole lot of psychology involved too.

At our 2020 Virtual Hockey Summit, we were joined by a panel of players moderated by Dr. Cassidy Preston to discuss just that.

The three players on the panel included a retired NHL defenceman in Mike Kostka, Dartmouth College forward Tyler Campbell, and Mari Pietersen, a goalie committed to Boston University in 2022.

“As a coach, what’s your role? What are you trying to do? What’s your end game? What’s your goal? When I think about it, at least from a player’s perspective, it’s about influencing behaviour,” said Kostka, who is now a masters student studying sports psychology at the University of Ottawa. “You’re trying to get your group or your individuals within the group, in alignment with each other to achieve a common goal.”

Coaches need to decide what the best approach is for them, and their players. When Kostka played, fear was a tactic used regularly, particularly as a bubble player in the NHL when he was instructed to not make any mistakes.

Is that the most effective tactic?

“Where my mind goes is motivation,” Kostka added. “All the athletes need to be in alignment and need to be motivated to act in alignment with what the coach or what the team identity is… There’s enough fear for athletes, in terms of fear of performance, fear of failure. I’ve seen from the coaching perspective, a lot of times, fear used as a motivator.”

Kostka spoke about “performance sustainability,” and the importance of having every player feel valued for the respective roles they play.

Watch the full 30-minute panel discussion with Preston, Kostka, Campbell, and Pietersen with a membership to The Coaches Site.

Dr. Cassidy Preston is a Mental Performance Coach that works with elite athletes, teams, & high-performing executives. Cassidy is also the founder of CEP Mindset and is dedicated to shifting the culture of sport away from limiting beliefs and back towards the love of the game.

Cassidy specializes in creating relatable and practical strategies by combining his personal experiences as a former OHL & PRO hockey player, with the current research in Sport & Performance Psychology. He continues to expand the CEP team of Mental Performance Coaches to help as many athletes as possible optimize their performance and well-being. 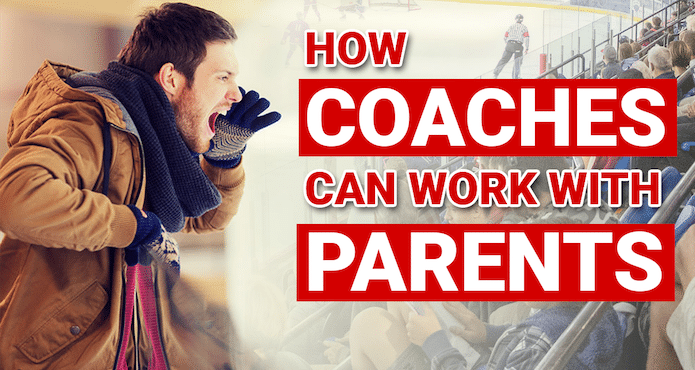 How coaches can work better with hockey parents (VIDEO)