Red Wings coach Jeff Blashill on value of focusing on process, not points 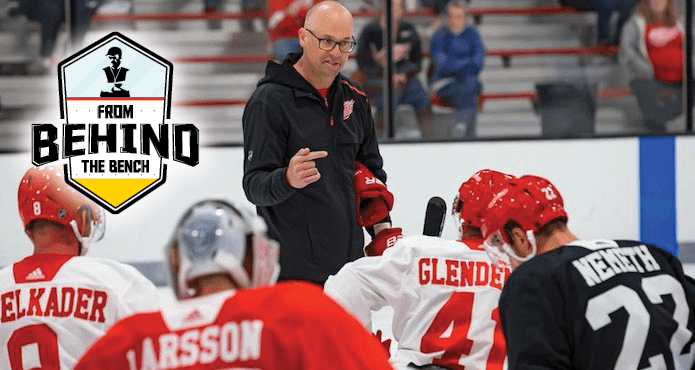 Success in the NHL, however, has not been as instantaneous.

The Detroit Red Wings are in the valley of a rebuild, with an understanding that on-ice success was unlikely in 2019-20. Wins were hard to come by, as Detroit collected just 17 of them in 71 games. When the NHL paused operations in March, the Red Wings were 23 points back of the league’s next worst team, the Ottawa Senators.

While outside observers may have had low expectations for the Red Wings going into the season, that’s small consolation for the players and coaches, all of whom are hyper-competitive. Blashill, who has been head coach of the Red Wings for the last five seasons, has had to balance his understanding of the team’s current situation with the drive to win every game.

“We understand the cycle we’re in as a coaching staff, but you still certainly want to win,” said Blashill. “Nobody likes to lose, you want to go out and win, you want to put your best foot forward, you want to overachieve if you can.

“I think the one thing that’s important as a coaching staff is to continuously remember, though, that it’s all about long-term success and not short-term gains, and not to sacrifice anything long term to win tomorrow. That’s not always easy to do when you’re in the competitive fires that we’re in.”

Focusing on the process

"It's all about long-term success and not short-term gains . . .

Daniel is a member of the Professional Hockey Writers Association and has been covering the Vancouver Canucks and the NHL for over a decade. He has written for the Vancouver Sun, The Score, Vancouver Courier, and Glacier Media.