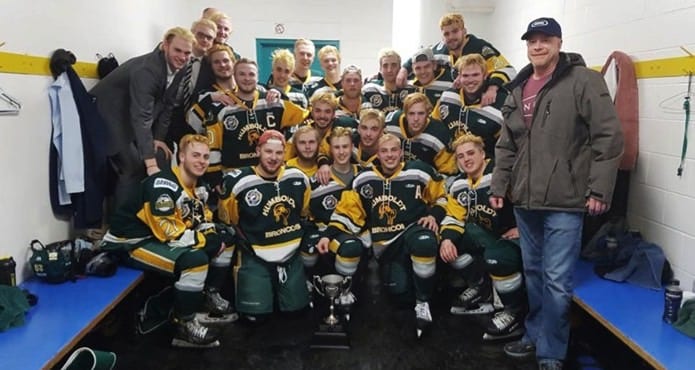 It took me a long time to figure out what to say as news of the Humboldt Broncos’ bus accident on the highways of rural Saskatchewan began to drip out late Friday night. Like a lot of people in the hockey world, I was glued to the NHL playoff race and flipping back and forth between some of Friday’s big games.

And suddenly, none of it mattered.

And what I had to say really didn’t matter either.

There’s no magical combination of words that can lend any type of true comfort for the families, loved ones, and fans of the victims. Thoughts and prayers are useless, in my opinion. But in the same case, they’re all we have.

My heart is broken for the parents whose sons didn’t make it to Nipawin for their playoff game. It’s broken for the daughters of the head coach, Darcy Haugan. For the family of Tyler Bieber, their play by play announcer. Mark Cross, assistant coach. Brody Hinz, the team’s young volunteer statistician. Glen Doerksen, the team’s bus driver, transporting the most precious of cargo just like he’d done a thousand times before.

And it breaks for the survivors. The kids holding hands in solidarity in the hospital as the reality of their own injuries and the loss of their teammates takes hold like a thick black storm on the darkest night at sea.

The one universal truth of our game is that it’s a small world. I coached Conner Lukan for a few springs in Edmonton. I coached close friends of his for years back home. I coached against Stephen Wack, whose younger brother’s air-horn would drown out the arena after every St. Albert goal.

We’re all connected, but there’s not much we can really do. We’re helpless. This is a tragedy.

Here are a few thoughts from The Coaches Site founder and CEO, Aaron Wilbur:

Like you and everyone in the greater hockey community, I’m completely devastated by the news that is surfacing following the horrific bus crash involving the Humboldt Broncos. I’ve spent most of my life involved with teams who spend an endless amount of time traveling to and from games on the bus. I look back on this experience fondly and have always appreciated how time on the bus creates lifelong bonds between teammates. I’m left speechless and can’t imagine what the parents and loved ones of the players and staff have gone through in the last 24 hours.

It’s going to be a long time until every hockey parent doesn’t hold their breath, while they wait to receive a text or call from their child letting them know they’ve arrived safely.