Welcome to an early advanced edition of next week’s Regroup. We couldn’t wait. It’s a big night in the NHL.

This year’s Stanley Cup playoffs have been nothing if not dramatic. You’ve got Alex Ovechkin and the Washington Capitals finally slaying their white whale, or in this case, penguin – you’ve got the bounce back of the Tampa Bay Lightning to defeat the Boston Bruins in a series overshadowed by lick-gate – and you’ve got two absolute powerhouse teams in the Winnipeg Jets and Nashville Predators going blow for blow for seven games to decide who gets to face the Vegas Golden Knights (a team that’s breezed their way through their first trip to the playoffs in their first season in existence).

The Regroup is a weekly collection of content from The Coaches Site.

There’s a ton to learn from playoff hockey, where the stakes are higher than ever, the pressure is heavier than ever, and the game is faster than ever. Watching Nashville and Winnipeg beat each other up and inevitably spend time in the penalty box is a great chance to see two relatively similar power play setups (4 righties & one lefty on the goal line (Winnipeg), a net front presence (Nashville)) go to work.

Blake Wheeler does it all. His route on the powerplay takes him all the way from the blue line to the goal line. His creativity and vision take care of the rest. Paul Statsny is no slouch either – this clip is a great example of hockey IQ; both players know where everyone is on the ice and how long they have to make a play. Wheeler: lots of time, Statsny, hardly any time, Scheifele, no time.

This looks like a lucky bounce, but nevertheless it’s created again from the patience of Wheeler and the right-handed Scheifele’s wicked release. Watch the clip twice, and pay attention to the start – Scheifele is in the near-side corner, and fires it blind around the boards where he knows Wheeler will be waiting.

Winnipeg runs a lot more plays that involve Dustin Byfuglien and Patrick Laine (although Laine has been mostly neutralized in this series). If you’re a Winnipeg fan, just replace Subban with Byfuglien and Forsberg with Laine.

4. Forsberg to Subban with Arvidson in Front

Viktor Arvidson is finally getting some well-deserved credit in this series. It takes some serious testicular fortitude to stand in front of Connor Hellebuyck when P.K. is firing bombs his way. But with a little patience and some serious power, it’s probably worth it for the diminutive Swede.

What else can you say?

The Regroup | Quotes from Coaches at the AHCA Convention 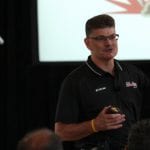 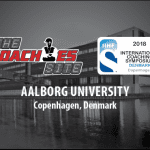 The Coaches Site is Going to the World Championships

CoachThem Drill of the Week: 1on1 Offensive Zone Sneak 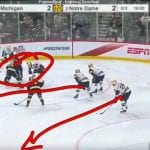