Welcome to the TCS Regroup. This is a brand new space to catch you up on all the content on The Coaches’ Site from the previous week, plus special announcements and other favourite stuff from all around the coaching world. First up? A special sit-down with CEO Aaron Wilbur. 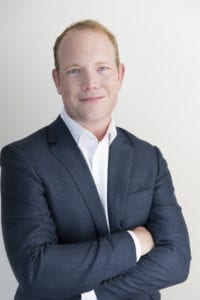 Rewind the clock 10 or even five years and you’d never see the type of possession game that teams are playing these days. Think back to your own playing days – if you had the puck just inside the blueline, you’d do everything possible to get it deep as quickly as you could, right?

1. Creating Something Out of Nothing

It looks like the right play for Florida’s Vincent Trochek is to collect the puck and pass it to his defenseman. Instead, the D-man points up ice and Trochek ends up creating a mini 2on1 out of nothing instead of slowing the game down. When coaches talk about playing fast, this is what they mean.

We don’t need to re-invent the wheel, however. Here Calgary’s Johnny Gaudreau picking up the puck just inside the offensive blueline. Do you think he could have kept it in? Maybe. Instead he delays, waits for the forechecker to peel off to the bench, and turns it north himself. Too bad he makes a terrible decision on the blueline. This is why coaches want pucks deep, Johnny. 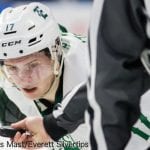 The Power of Now in Hockey 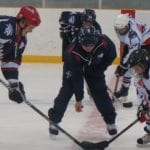 9 Techniques To Help Hockey Players Quit Comparing Themselves to Others 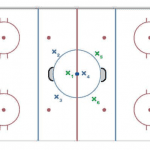 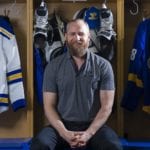