The importance of communication with Rod Brind’Amour (VIDEO)

We were joined by one of the brightest minds in the game of hockey this September, as Rod Brind’Amour spoke at our Virtual Hockey Summit.

The Carolina Hurricanes head coach has paid his dues to get where he is today, as one of the most respected bench bosses in the NHL. The two-time Selke Trophy winner retired after playing 1484 games in the NHL, which included a Stanley Cup with the Hurricanes in 2006. Brind’Amour then spent seven years as an assistant coach in Carolina, before taking the top job in 2018.

Since then, Brind’Amour’s teams have made the playoffs in consecutive years, and made it to the Eastern Conference Final in 2019.

In an interview with The Coaches Site founder and CEO Aaron Wilbur, Brind’Amour spoke at length about the most important element of coaching: communication.

“I think every coach you talk to nowadays, I don’t care what level you’re at, they all view [communication] as the ultimate,” said Brind’Amour. “I think coaching has become more about the way you relate to players than it is about what you’re actually teaching them, at the NHL level for sure. Everybody will go through systems, and I’m telling you, 90% of the stuff is the same every team is doing. Everybody’s trying to basically do the same thing.

“There’s a few differences in the way they do it, but so what’s the separator? Getting your players to buy into that and then figure out how to get the most out of your players. That really is, at the end of the day, that’s what coaching is. At all levels, is taking a kid, whether you’re coaching a peewee hockey player or NHLers, want him to be the best player he can be in the framework of what hockey is, which is a team sport.”

Watch the full video with a membership to The Coaches Site. 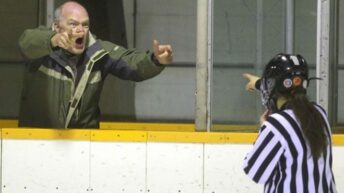 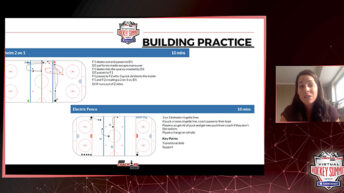