Short side goals and the RVH: A non-goalie’s guide post play 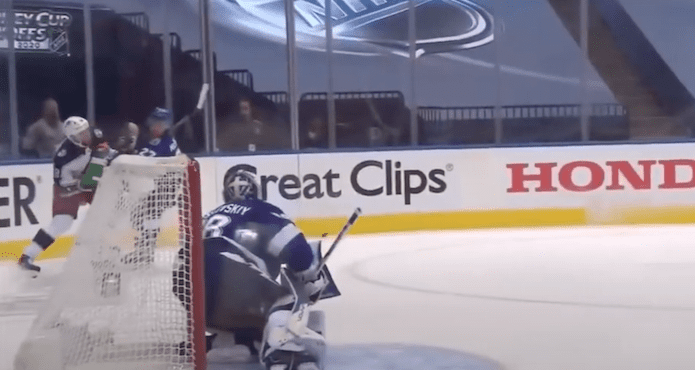 It's a constant battle of evolution among goalies and shooters.
5
(1)

You might be asking yourself, “What’s with all of these short side goals going in during the 2020 Stanley Cup playoffs? Aren’t those supposed to be low percentage shots?”

You are correct, they are shots from bad angles and should be low percentage shots. Right now they aren’t as low as they have been in the past due to a newer goalie technique called the RVH.

Why are goalies using the RVH?

To fully answer that question, let’s talk about a tale that is old as time itself… the battle of cat and mouse. Or in our case, the constant battle of evolution among goalies and shooters. Let’s dive into the goalie side of the battle.

Before we dive in we need to understand some goalie terminology.

Just like players, goalies have to acquire and utilize their hockey sense. They need to consciously make decisions when choosing their save selections.

Goalies want to make saves (no duh). In order to accomplish that they want to give themselves the best chance at making the save while being able to react to the changing situations. When we talk about RVH we are talking about post play situations when pucks are coming from dead angles when a blocking save will likely be most appropriate.

It's a constant battle of evolution among goalies and shooters . . .