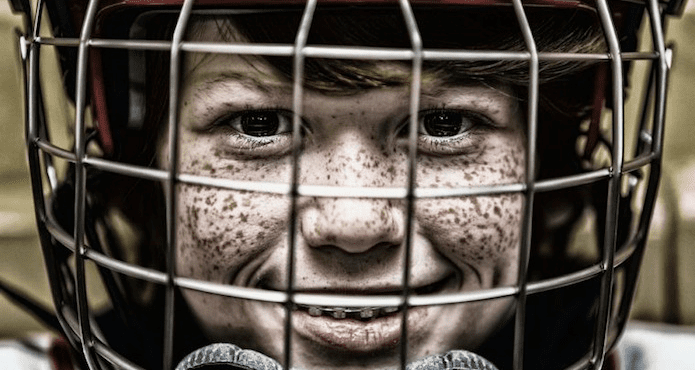 “Your article was perfectly timed for my son to read. Sanity in a storm.”

A couple weeks back I received a reply on twitter following the re-release of an article I wrote last year during minor hockey playoff time. Jennifer thanked us for the article, the timing of which made it important to her son.

Important for Jennifer as well, I reckon.

In fact, I reckon Jennifer isn’t the only hockey parent who feels like her skin is on fire following another intense, challenging, and occasionally maddening minor hockey season.

And Jenn, just so you know, trust you’re not the only parent with whom I’ve recently communicated about closing the book on the season.

So why does this happen? Why is the conclusion of the hockey season such a relief for parents? While we’re at it, why is it such a relief for coaches as well? It’s unfortunate that our country’s most beloved past time is tarnished with such strong sentiments of angst, rage, and downright grief.

Actually, I’m not so sure. Maybe it’s not such a bad thing that we feel so strongly about the game.

The Key to Motivation

Coaching hockey has brought me from the brink of utter hysteria though the depths of despair and everywhere in between. Hockey has given me a career, both in teaching it and writing about it. As long as publications like The Coaches’ Site exist and as long as there’s a conversation to be had about our sport (much like the one we’re currently having), I’ll have a place in the game.

That’s what motivates me.

But this motivation, this place in which my ambition resides, isn’t secured by anyone other than myself. From the grassroots of development in Edmonton followed by the North Shore Winter Club to the pinnacle of minor hockey at the major midget level to the ultra-competitive CIS circuit with the UBC Thunderbirds, the game has given me everything I have.

And I can’t let go. Besides, who knows where it will take me next?

The point is that I have my own distinct formula for motivation. Jennifer, does your son have his own? To all the hockey parents out there, what’s the source of your son or daughter’s motivation to be involved in the game?

So for parents decompressing after a long season, herein rests the problem: you can investigate your children’s motivation. You can look in the mirror and ask yourself why you stick with it.

But you don’t understand the motivation of your child’s coach. You might think you do, but you don’t know the inner workings of their desires any better than they know yours. It’s not bad, but it is why people resort to the crazy hockey parent label. We qualify that which we don’t understand to better suit our own assumptions.

Ask Your Child: What Did You Enjoy About the Season?

And here’s the truth – how you feel about the season doesn’t matter nearly as much as how your child felt about it. You might have felt the rage bubbling up more times than you care to admit in the past seven months as you perceived a personal insult dealt in the form of ice time.

But does that mean your child felt the same? Maybe. Maybe not.

I’d wager your child enjoyed plenty about the season that was. But I’ve been wrong before.

Ask Your Child: Are You Going Back?

Don’t wait to ask your son or daughter if they want to play again next season. Get their honest take now while things are still fresh. I can still remember my Dad asking me after every season if I wanted to go back, and I can also remembering looking at him like he had two heads. “Of course,” I’d reply. “Have you gone bananas?”

The point is you shouldn’t assume your child wants to play again. Maybe the stress actually wasn’t worth it, or maybe your child would be comfortable concentrating on a different activity. It’s possible, and it’s better to find out now so you can shift your focus accordingly.

Or maybe they thrive on the stress. Maybe they’re wired to compete against the opposition and against those who doubt their abilities.

Or perhaps they were simply playing a level too high for their abilities. Maybe that has damaged their confidence. Maybe it will fuel them to improve.

The range of reaction you’ll all get after posing these questions is too vast for a 700 800 944 word blog post, but that’s why you’re the parent and I just play one on the internet.

One thing I do know is that if you’re dealing with a storm, it’s always best to turn into the darkness instead of trying to outrun it.

It’s the quickest way to re-gain your sanity.

Quick shoutout, Jennifer is a real person on twitter who agreed to let me steal that quote, but she probably didn’t think I’d run with it as far as I did. Jenn, thanks so much for the inspiration for this post. Enjoy the offseason, you’ve earned it!